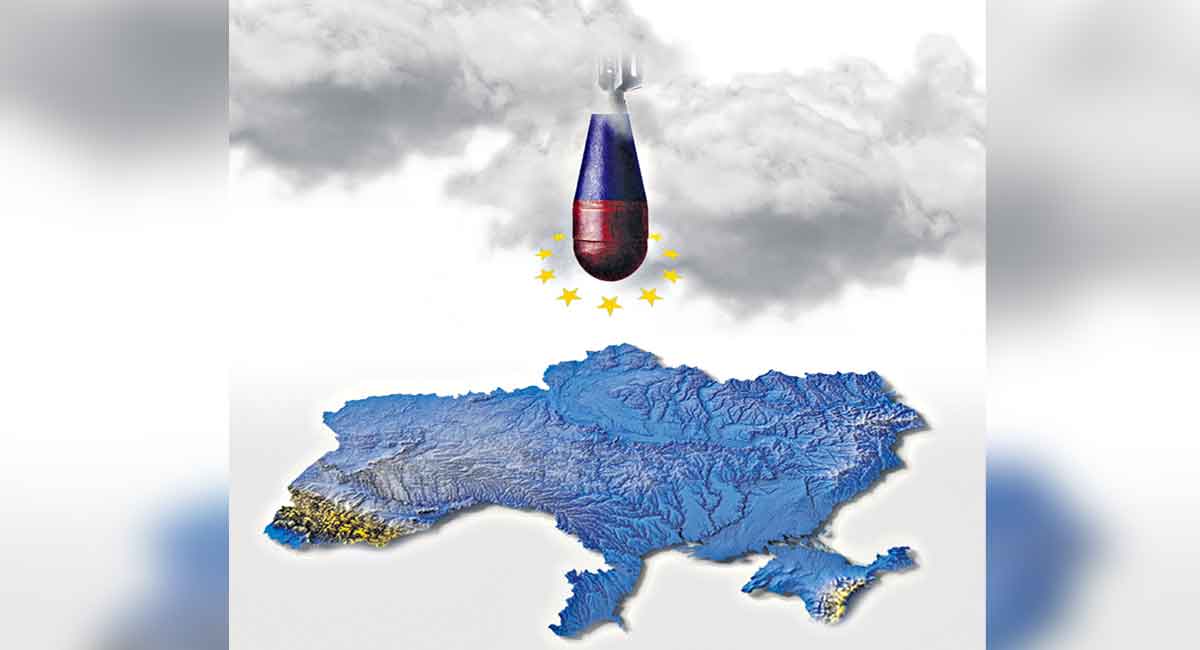 Why the EU got Russia wrong

In 2012, the European Union (EU) received the Nobel Peace Prize in recognition of its contribution “to the advancement of peace and reconciliation, democracy and human rights in Europe”. Indeed, regionalism played a vital role in the transformation of Europe after the end of World War II (WW)-II. The process of European integration brought two great but antagonistic European powers, Germany and France, into a cooperative framework that also included other European countries. After World War II, Western Europe achieved peace and recorded impressive economic growth, thanks to regionalism which eliminated several political and economic borders.

After the collapse of the Soviet Union in 1991, European regionalism faced another major challenge. There was political disarray in the former socialist countries of Europe and an eruption of violence in the former Yugoslavia deepened the crisis. European leaders, despite sincere efforts, failed to appease the Serbian aggressor and demagogue Slobodan Milosevic. As the situation worsened, it was NATO’s military intervention in March 1999 that finally forced Milosevic to surrender.

However, the action of NATO in Europe is not very appreciated and Germany proposes on April 1, 1999 the Stability Pact for South-Eastern Europe. The primary objective of this pact is “to strengthen the countries of South-Eastern Europe in their efforts to promote peace, democracy, respect for human rights and economic prosperity, in order to ensure stability in whole region”. This was to prevent any future conflict in the region. Moreover, this pact was like a window of opportunity for the countries of South-East Europe to integrate the EU.

This is an example of an unconventional/European way of resolving conflicts. Subsequently, the EU expanded eastward, and in 2004 it was officially joined by eight Central and Eastern European states and two Mediterranean island countries. In the words of eminent European expert Andrew Moravcsik, European power “lies not in the deployment of battalions or bombers, but rather in the quiet promotion of democracy and development through trade, foreign aid and maintain the peace “. No wonder the EU is rightly hailed as a “civilian power”.

The EU has an exceptional record of conflict mitigation, particularly in its region. Nevertheless, we have seen that for quite some time now he has struggled to meet political challenges based solely on his reputation.

EU efforts to find an amicable solution to the influx of Syrian refugees in 2015 encountered several obstacles from European governments. He encountered an unprecedented event in 2016 when the people of the United Kingdom opted for Brexit. The rise of the political right, those who oppose supranationalism in several Member States, is similar to a persistent opposition to the idea of ​​regionalism.

Moreover, the ignorance in the management of the Russian-Ukrainian crisis is the biggest disappointment of recent times for those who believed in European capacities for resolving disputes. In 2014, after the annexation of Crimea, Putin’s Russia made it clear what it could do to dissuade Ukraine from joining NATO. The troubling question is how the EU has remained oblivious despite the simmering tension in its backyard. Member states like Germany and France have engaged with Putin, but there has been a lack of collective response from the EU.

The Europeans would have anticipated the Russian action and its fallout. They depend heavily on Russia for their energy needs. It seems that, unlike in the past, Europeans have remained overconfident in the ability of the United States to handle Putin. The EU was timid and divided approaching Moscow, and Cold War geopolitics still guides part of its policy towards Russia. It was to alienate Russia and view it as a strategic competitor.

The Cold War is over and the political geography of Europe has changed over the years. It can be seen that some of the new EU entrants from the former socialist bloc are not totally opposed to Russia. Therefore, among EU members today, there is no unanimity on how to deal with Russia. Not everyone approves of the EU’s decision to impose severe sanctions on Russia. Members like Hungary take a contrary position on the EU embargo on Russian oil. Others, mostly from Western Europe, are following the lead of the United States in supporting armed resistance in Ukraine against the Russian invasion.

Amid these, on June 17, the European Commission (EC) recommended granting candidate status to Ukraine. The EU also endorsed the EC suggestion, and this is a welcome initiative. Every EU candidate has to fulfill difficult conditions for EU membership, which is neither easy nor quick. Even if, in contemporary situations, even Ukraine’s candidacy will be interpreted as a response to the Russian invasion. Russia has already expressed its displeasure with the EU announcement. Remember, the initial downturn in Russian-Ukrainian relations began with the support of Western countries for the anti-Russian protest in Ukraine in 2013. The reason for this was that the pro-Russian President of Ukraine, Viktor Yanukovych, preferred to draw closer to the Eurasian Economic Union rather than to the EU. The Maidan popular uprising against Yanukovych forced him to resign. Yanukovych’s unceremonious exit brought Russia into a direct confrontation with the West over Ukraine, and it is well known how the relationship deteriorated thereafter. So, while the current EU move to open the door to Ukraine is good, it should not be projected in terms of an anti-Russia move.

The EU needs a careful politico-economic calibration on Russia and must maintain a line of difference with the United States. Several EU policy documents reiterate its ambition to play a decisive role in world politics. Yet, in reality, he preferred to outsource his security concerns to the United States.

Nevertheless, it would be wrong to underestimate the real potential of the EU; it is the best example of regionalism and has gone through several difficult phases in the past. We expect the EU to deal with the Russian-Ukrainian crisis in a more innovative way and emerge stronger as it has done in the past.

The Commonwealth in the 21st Century: Beyond Rhetoric | The Guardian Nigeria News