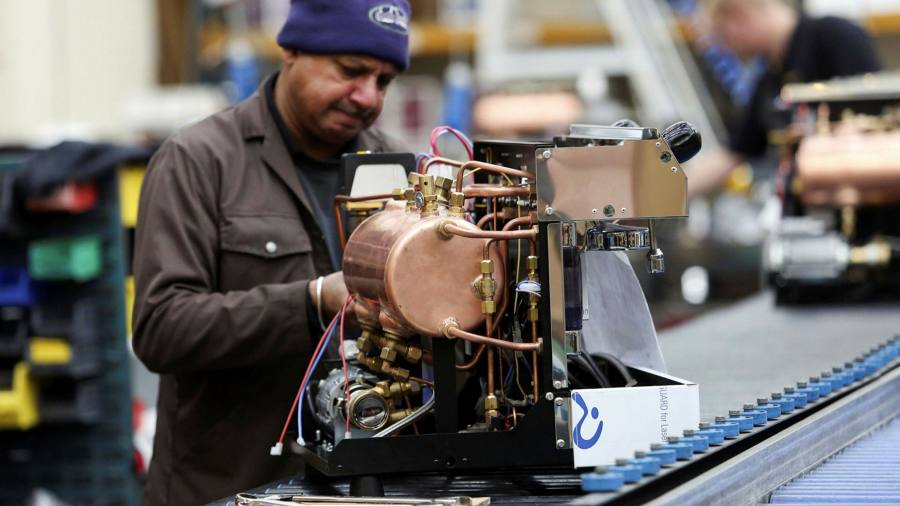 The UK government has bowed to intense pressure from industry and announced its intention to reduce the bureaucratic requirements associated with the introduction of a new post-Brexit quality assurance and safety mark “UKCA”.

Paul Scully, the minister for small businesses, said on Monday the UK would adopt changes to make it “easier and cheaper” to transition to the new UKCA scheme, which has been heavily criticized as unnecessary and costly by regulators. industry.

The ‘easements’, which include recognition of EU testing on existing products as the basis for awarding a UKCA mark, were designed to ‘reduce compliance burdens and avoid costs which could be passed on to consumers,” he said.

However, industry groups, while welcoming the concession, warned that the government’s decision to continue the certification scheme from January 1, 2023 would still entail costs for businesses with no obvious benefit.

The UKCA certificate, the introduction of which has already been delayed for a year, is the UK equivalent of the EU’s widely used and internationally recognized ‘CE’ safety mark.

Britain’s Chambers of Commerce said in December that businesses were “unconvinced” by the UKCA. He welcomed the latest decision to cut introductory spending on the scheme, but warned it did not address broader concerns about the cost of the policy.

“After the end of 2022, businesses will face significant new cost pressures from the introduction of the new tagging system,” said William Bain, head of trade policy at BCC.

As part of the changes, the government removed the requirement for imported parts to bear the UKCA mark before being fitted to machinery – such as a German-made lift – already fitted in the UK.

But Nick Mellor, chief executive of the Lift and Escalator Industry Association, said the concession, while welcome, would not contribute to the future cost of certifying some 8,000 elevators installed each year, with 1,200 different types of lift components. security.

“It is important to recognize that, even with these measures, having to take equipment through conformity assessment in the UK has been and will continue to be an additional cost to UK businesses without bringing any increase in safety or quality,” he added.

The construction industry, which warned last year that UKCA marks would lead to shortages of building materials, said the concession would help keep products flowing, but key technical aspects of the UKCA scheme remained without answer.

“There are still a number of important issues to be resolved, such as the continuing lack of capacity in the UK certification and testing industry,” said Peter Caplehorn, chief executive of the Construction Products Association.

Scully said the UKCA mark allows the UK “to take control of how products are regulated”, but industry groups have warned against creating a dual certification scheme for products that have passed the EU assessments.

Critics have also noted that CE marked goods are free to move into Northern Ireland and therefore have unfettered access to the UK market, raising questions as to why CE marked goods cannot be accepted from from Europe or the rest of the world.

Sam Lowe, director of trade at consultancy Flint Global, said that while there was a case for a separate UK regime in certain sectors, there was no need to impose it on all areas to that time.

“It would make more sense for the UK to commit long-term to an approach which, unless there is a good reason, allows EU CE marking to be sufficient for products placed in the UK market, as long as the underlying UK product standard is the same,” he said.