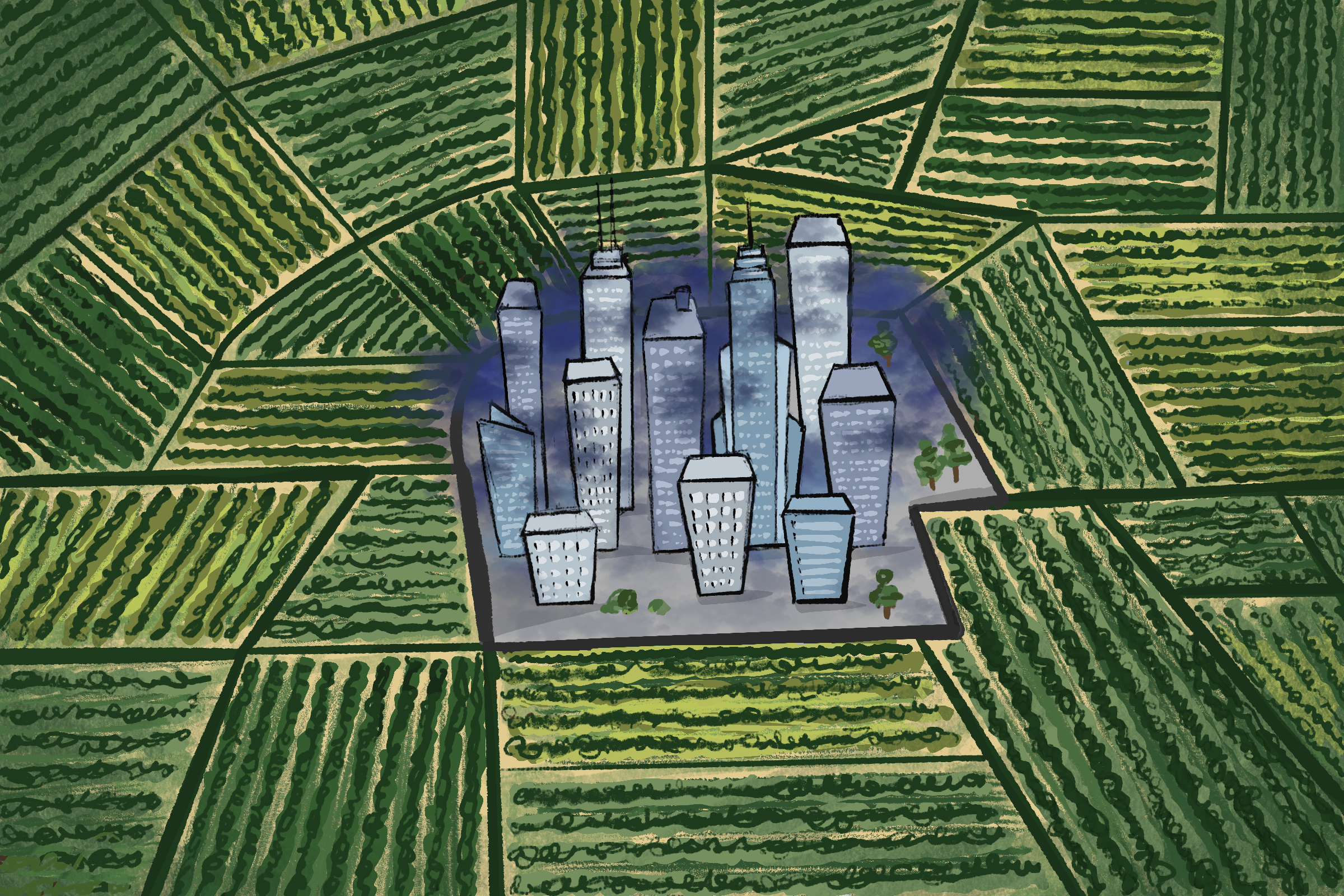 The evils of geographic narcissism and metropolitan biases

Large cities are poles of cultural innovation, economic opportunity and often seats of political power. As such, political biases can be swayed in favor of these metropolitan areas to the detriment of less populated rural areas. I am in favor of the metropolitan bias – born of globalization and fostered by technological innovation of the 20th century – because of the greater interconnection of international culture it has given us. But there are national political and social consequences against which these advantages must be weighed.

The concept of geographic narcissism, according to my understanding, is not limited to metropolitan areas but is most often invoked with regard to them. It refers to the psychological effects arising from the historical, economic and cultural causes of the growing divide between rural and urban areas in the United States. It can take the form of a kind of condescension towards rural people compared to city dwellers. This is fostered through the metropolitan bias existing in the economic and social policy of the United States. The metropolitan bias favors large cities to the detriment of secondary cities and rural areas. As an internationally observed bias, it has been defined by the uneven development and increasing concentration of wealth and social resources in major metropolitan areas such as New York and Shanghai over the past decades.

Some economists, urban planners and geographers praise the flow of resources to large cities because of the benefits these regions can derive from the increasingly globalized economy. Globalization refers to “the growing interdependence of the world’s economies, cultures and populations, brought about by cross-border trade in goods and services, technology and the flow of investment, people and information”; it encompasses phenomena as diverse as the growing popularity of K-pop across the globe to major trade relationships between the world’s most prosperous economies. Metropolitan areas act as flagship cities for a nation where international cooperation and exchange can take place. According to this line of thought, by supporting economic and political policies favoring metropolitan development, the United States would be able to maintain its presence in the globalized world.

One of the most visible drawbacks of metropolitan bias in the United States is the exacerbation of the deep rural-urban political divide. Katherine J. Cramer, professor of political science at the University of Wisconsin-Madison, called this phenomenon “The Politics of Resentment,” which is also the title of her 2016 book on the subject. He describes the political conscience of rural people and their resentment towards the “liberal elite” – or the fact that voters in rural areas distrust politicians because they think politicians may not respect values. of their community and contribute to an unequal distribution. of resources. The swing state of Wisconsin is one example in action: the people of rural Wisconsin, in the 2016 election, felt that no one was listening to their wants or concerns. They felt they had not received their fair share of political power and government funding, as most of the electricity and taxpayer dollars went to the big cities. It was the feelings that former President Donald Trump exploited that helped him make the state blush. The metropolitan bias is a cause of the political polarization that poisons the United States.

A metropolitan policy that creates a concentration of economic and social resources in a few urban centers lends itself to an economy vulnerable to disasters – natural, military or otherwise. Such a strategy means that any sort of disease that strikes a densely populated economic superpower metropolis is going to have ripple effects across the economy. Take the example of New York. The damage that accumulated after September 11 and Hurricane Sandy was a monumental tax on the economy of the city and the country. Notably, one of the hardest hit sectors of the New York economy after the 9/11 attacks has been the export industry – finance, information, and entertainment, among others – which further undermines the economy in the globalized world. Now, it is futile to claim that a uniform dispersion of resources would have resulted in less damage from these horrific catastrophes. But it highlights the fact that a high concentration of resources due to a metropolitan bias in politics increases the vulnerability of a region. If that metropolitan area is injured by a disaster, it creates a greater negative impact than if resources were not skewed in favor of the metropolitan area.

For those who reside outside of these mega-cities trying to access the city’s resources, it is almost impossible if they do not have access to the economic means. Moving to cities for better employment and access to social resources is a luxury. Historically, moving to economically prosperous areas was common in the United States, but it has slowed down considerably in recent decades. Wages have gone up in cities like New York. House prices, however, are so high that they outweigh any income gain people would earn by moving. Most of the new income earned by moving to the metro area would be siphoned off into housing, so people stay out of metro areas. The metropolitan bias favors a merging of geographic and class boundaries, where the upper classes have the opportunity to reside in resource-rich cities while the lower classes are increasingly stuck in regions where opportunities, social and economic, exist. are lacking.

The metropolitan bias in national politics that results in the accumulation of resources, economic and social, in metropolitan areas can be beneficial to the globalized economy in which the United States finds itself. However, the disadvantages of this type of policy may outweigh the advantages. The political division and the fragility of the economy may not be worth the gains of globalization. It is not a question of ignoring the merits of globalization, but the internal consequences of a policy based on international relations must be taken into account. If the trend of metropolitan bias is to continue, the effects – positive and negative – must be taken into account.

Biden’s business program gets off to a rough start