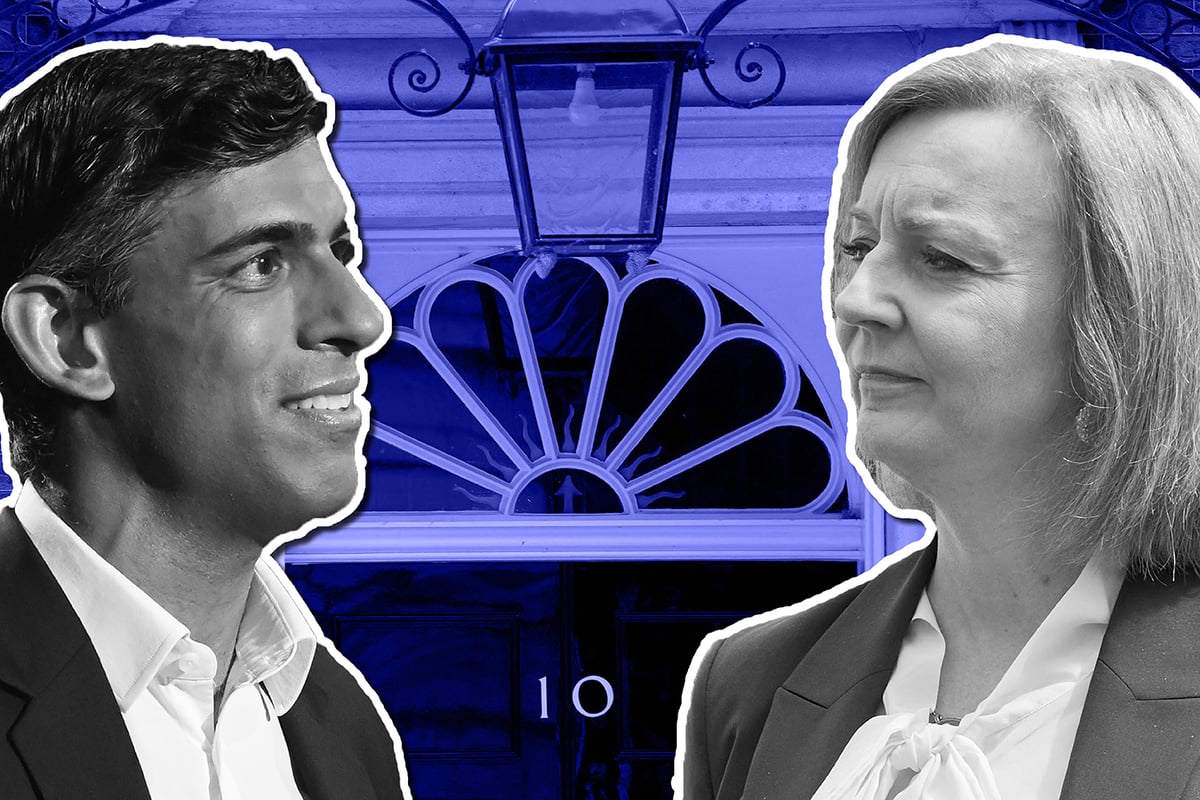 What do Rishi Sunak and Liz Truss stand for and what did they promise to do if they become prime minister? Here’s what you need to know

Rishi Sunak and Liz Truss will face off to become the next leader of the Conservative Party after Penny Mordaunt was knocked out of the race in the final round of the leadership contest.

Members of the Conservative party will now vote for who they want to be the UK’s next prime minister – with the result due to be announced on September 5.

Register to our NationalWorld Today newsletter

The former Chancellor topped all polls with Tory MPs – and won 137 votes in the second round to Ms Truss’ 113.

However, the bookmakers have placed the Foreign Minister as the favorite among party members, which means that everything remains to be played.

But what do Mr Sunak and Ms Truss represent and what have they promised to do if they become Prime Minister?

Here’s what you need to know.

Ms Truss voted to stay in the EU and campaigned to stay ahead of the referendum.

However, she managed to position herself as the preferred Brexit candidate in the leadership race, winning the support of strong Brexit supporters such as Jacob Rees-Mogg and Nadine Dorries.

She recently told the Telegraph: “If I could come back in 2016 I would vote to leave.

“What I have seen both in my work in trade and in my role as foreign minister is the new freedom and the impetus that having an independent trade policy and a foreign policy independent allowed us to do.”

In her leadership announcement, she said she would work to expand the “vast opportunities” that Brexit has brought to the UK.

Mr Sunak, on the other hand, has always been a Brexiteer – and publicly backed the Leave campaign ahead of the referendum.

He sold Brexit as a “one-time opportunity” to “take back control” and said the vote would result in a “freer, fairer and more prosperous” Britain.

Its parliamentary vote record shows an enduring belief in separation from the EU.

He has consistently voted against greater integration with the EU and was among the Conservatives backing a no-deal exit.

The main policy of Ms Truss’ leadership speech is to cut taxes immediately if she takes on the role of Prime Minister.

She pledged £30billion in tax cuts and said she would reverse both the National Insurance hike, introduced by Mr Sunak, as well as the corporation tax hike next year – saying it will ‘keep corporation tax competitive’.

Mr Sunak has positioned himself as a fiscally conservative candidate, criticizing his opponents who have pledged to cut taxes as telling “heartwarming fairy tales”.

He said he would only implement tax cuts when the country has brought inflation under control.

The National Insurance increase will remain in place if the former chancellor becomes prime minister, and he plans to raise corporation tax from 19% to 25% from 2023.

She told The Spectator: ‘I would have a temporary moratorium on the green energy tax to allow business and industry to thrive while looking for the best way to get to net zero.’

In her former job as environment secretary from 2014 to 2016, Ms Truss cut subsidies for solar farms, criticizing solar power on farmland as detrimental to food security.

She also has links to the oil industry, as a former commercial director of Shell, and has publicly supported the expansion of Heathrow Airport.

Ahead of COP26 last year, Ms Truss said: “The way to reduce climate emissions from flying isn’t to stop flying, it’s to create the next generation of the next technology.”

Mr Sunak has pledged to deliver on the Conservative Party manifesto pledge to cut the UK’s carbon emissions to net zero by 2050.

As Chancellor, in February Mr Sunak pushed to fast-track the approval of six oil and gas fields.

In April, he blocked proposals from the Department for Business, Energy and Industrial Strategy for home insulation.

In contrast, however, Sunak pushed for measures to hold banks and other companies to account for their greenhouse gases.

According to TheyWorkForYou, Mr Sunak has “almost always” voted against measures to prevent climate change.

The Foreign Secretary reportedly told MPs privately that she would like to emulate the deal struck with Rwanda in a bid to tackle the Channel migrant crisis.

He told BBC Radio 4: ‘This country has a proud history of welcoming people, but it’s also vital that we police who comes here.

A spokesman said he was proud to come from an immigrant family, but believed the UK should control its borders.

He “almost always” voted for a stricter asylum system.

In the past, she has come under fire from LGBTQ+ groups for saying she agrees with Labor MP Rosie Duffield that ‘only women have a cervix’.

“I have total respect for transgender people, but it wouldn’t be right to have self-identification without checks and balances in the system – those medical checks are important.”

Mr Sunak has never voted on gay rights and in 2019 he was absent from a vote on extending same-sex marriage to Northern Ireland.

The Daily Mail reports that he is set to present a ‘women’s rights manifesto’ in which he will argue that transgender women should be excluded from women’s sporting events and call on schools to ‘be more careful’ in the teaching “sex issues”. and gender”.

Ms Truss said that as prime minister she would like defense spending to reach 3% of GDP by the end of the decade, above NATO’s current target of 2%.

Her aim would be to spend tens of billions more pounds to bolster the UK’s defensive capabilities, which she said was justified given Russia’s invasion of Ukraine.

More than £2.3 billion has been given to Ukraine in the form of military support.

If he becomes prime minister, he has pledged to prioritize funding for the armed forces and pledged to maintain defense spending levels.

She also voted against increasing benefits for people with long-term illnesses or disabilities.

Mr Sunak also voted against increasing benefits for people with long-term illnesses or disabilities and voted to cut spending on social benefits.

Earlier he announced a £6billion investment to tackle NHS waiting lists in England and improve the use of digital technology in hospitals.

Mr Sunak also doubled NHS efficiency targets to 2.2% a year, freeing up £4.75billion to fund priority areas of the NHS over the next three years.

But he has often come under pressure to do more to help the NHS function.

Markets maintain their winning momentum for the 6th day