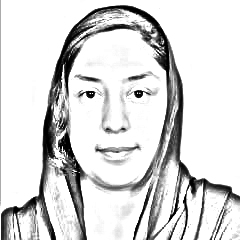 India is the largest country in the sub-continental region. According to Leo Rose (a former South Asia scholar), “India’s main regional policy goal has been to secure, in one form or another, recognition of India’s hegemonic status in the region both from the main external powers and from its neighbors in the region.”

Nehruvian politics had visualized India as a regional leader. The second element of Indian policy in South Asia had been the power differential; that is, the countries of the region cannot be equal in their relations with India. Given India’s role in the region, the former maintained a coercive posture. India, through economic sanctions and subversive tactics, has tried to bring neighboring countries down on their heels.

There have been instances where India has intervened militarily in countries in the region. India’s policy of interference is reflected in the case of Sri Lanka. India sponsored the establishment of the Liberation Tigers of Tamil Eelam (LTTE) in northern Sri Lanka.

The Tamil-Sinhalese ethnic conflict led to bloodshed and the country’s tourism-based economy was destroyed. India also engineered acts of violence in former East Pakistan. Mukti Bahini, the terrorist faction involved in the brutal bloodshed of Biharis was sponsored by India. India also violated the UN Security Council resolutions of 1948 and 1949. The repeal of Article 370 and the arrest of thousands of Kashmiris including Hurriyat leaders was a barbaric act.

Nehruvian politics had visualized India as a regional leader.

It has put the lives of Kashmiris on the line and Kashmiris are being victimized because of their struggle for self-determination. The Indian court recently sentenced Jammu and Kashmir Liberation Front (JKLF) Chairman Muhammad Yasin Malik to life imprisonment.

The prison sentence imposed on Yasin Malik will not destroy the Kashmiri movement nor will it weaken the Kashmiri people. In fact, it is a question mark on Indian democracy. He questions India’s position on humanity. Yasin Malik in 2007 launched his “Safar-e-Azadi” and this was meant for a peaceful resolution of the Kashmir dispute.

Due to the tense political environment, the regional organization SAARC (South Asian Association for Regional Cooperation) failed to develop. The example of ASEAN (Association of Southeast Asian Nations) is leading, where Southeast Asian countries have made progress through economic integration. Had SAARC followed the path of economic development, all countries in the region would have benefited. 68% of India’s population lives on less than USD 2 a day, but India has not given up on its policy of dominating relatively weak neighbors like Nepal (Webinar: India’s Economic Policies across South Asia, Nordic Institute of Stability, Copenhagen think tank). Thus, the progress of the region remains hostage to the politics of hegemonic power.

Externally, South Asia’s proximity to Afghanistan increases the region’s importance to outside powers. The wars in Afghanistan have had an impact on the region. Lately, global trends impacting power politics in the region are the rise of China, the Belt and Road Initiative – BRI (connecting 138 countries with a combined GDP of $29 trillion) and the US-India strategic partnership. CPEC (China-Pakistan Economic Corridor) and BCIMEC (China-India-Bangladesh-Myanmar Corridor) are both part of the BRI; the corridors are likely to set the pace of connectivity in South Asia. The main regional countries in terms of connectivity would be Pakistan and Bangladesh.

This would stimulate Asian transregionalism in which South Asian economies would be linked to East Asian financial markets. Inter-regional connectivity will give countries in the region a more diversified economic reach.

Another angle of regional connectivity is the politics of confrontation. Here the question arises: will India gain access to Central Asian markets via CPEC? Will Afghanistan use the corridor to reach the outside world? Or will Iran send oil to South Asia and Central Asia via Gwadar? India has invested in the port of Chabahar. India has also invested in Afghanistan in various projects, including the construction of the Salma dam (Herat province).

These initiatives reflect India’s orientation towards regional integration. On the contrary, India has opposed the CPEC, with Prime Minister Narendra Modi calling the project “unacceptable” as it crosses the disputed territory.

Considering Afghanistan as a bridge between CPEC and Central Asia (Afghanistan bordered by Tajikistan, Turkmenistan and Uzbekistan to the north), the reality on the ground does not offer much optimism, the fact is that CPEC’s connectivity with Central Asia via Afghanistan will remain an illusion, in the chaos that reigns in this country.

The author is a research associate at the Policy Research Institute, Islamabad.

Did the biosecurity lessons of 2015 curb deaths linked to the 2022 avian flu epidemic? An agricultural economist from Arkansas has an idea.