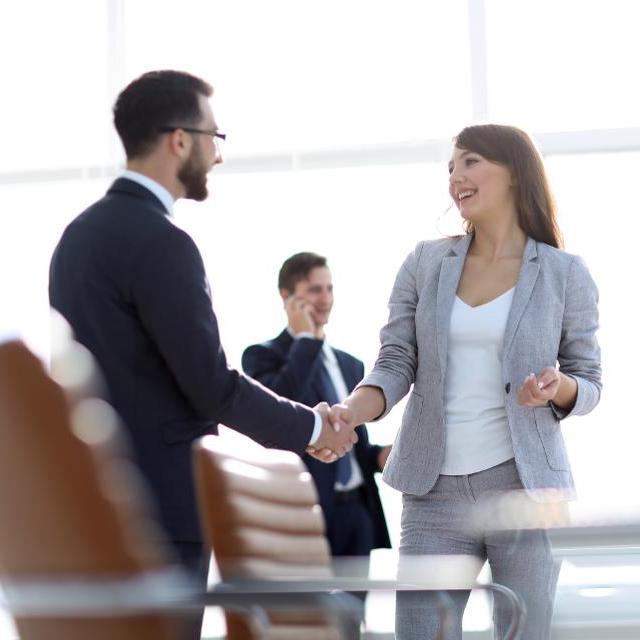 Running a successful organization requires many moving parts working in tandem. At the heart of every organization are people like you and me, whose performance can be influenced in a positive direction. Recently, companies like Google and Facebook have been redefining corporate culture standards, and in turn see improvements in employee satisfaction and business performance. Now, your company may not be big enough to have a dedicated HR (or “People Ops”) department, but there are some interesting social psychology lessons you can apply to benefit your business.

Reciprocity is one of the famous “six principles of persuasion” defined in Robert B. Cialdini, Ph.D. delivered, Influence: the psychology of persuasion. The idea is that we feel compelled to repay others for what they have given us or done for us. We often even give back more than what was originally given to us to minimize any guilt associated with the initial favor.

Founders and CEOs can use this to their advantage. Internally, it can help improve or repair working relationships, win over colleagues, and build consensus. As Dr. Cialdini writes, reciprocity is so powerful that it can overcome feelings of suspicion or aversion toward the person giving the gift or favor. As a small business owner, how about giving gifts or bonuses on holidays or birthdays? You can also offer to bring coffee for the office or surprise your colleagues with breakfast or lunch. A kind gesture can go a long way.

Outside the office, the principle of reciprocity can help you succeed in negotiations, forge valuable business partnerships and attract investors and even customers! When we launched our product and were at our first trade show full of retail managers and buyers, we realized that people only stopped by our booth if we handed them a free sample. So we handed out samples to everyone who passed by! They, in turn, stopped by, listened to our pitch, and 99% of the time placed an order for their store. In those first hours, we sold over 100 cases in 100 new stores.

When it comes to body language, a good starting point is to keep your posture open – so uncross those limbs! It communicates openness and trust. If you’re standing, that means standing up straight, not slouching. Smiling is usually helpful because it makes us appear friendly and approachable. And, if you can do it subtly, mirror a person’s body language and facial expressions make that person like you more, because it’s a form of subconscious flattery.

I started practicing these non-verbal communication tricks when I went to sales meetings with retail buyers. One of them really stands out, because I was off to a bad start. I had arrived almost 30 minutes late due to an accident on the freeway, and I could tell he was unhappy – I had a lot of catching up to do.

So I started my presentation by making good eye contact and smiling. While being late to a meeting might tell someone you don’t care about them, making eye contact tells someone you care and are focused on them. I used this to my advantage. His frown slowly turned into a half-smile and then finally into a full smile.

During the meeting, I constantly observed his body language and adjusted mine accordingly. He oscillated between leaning back in his chair, straightening up a little and moving forward and joining his hands. Without being obvious, I would give him a few seconds and then imitate his adjustments each time. He had been tense at first, but after the third or fourth time I did this, he became more comfortable and engaged. He started asking questions and expressing his reactions to things I said by smiling, nodding, or speaking affirmatively.

When I was done presenting, he told me how much he enjoyed the meeting and that he wanted to try my product in 50 of his stores. It was a great victory!

Don’t forget: body language and emotional manifestations are contagious. It is therefore important for business leaders to be aware of this in their business affairs inside and outside the office. As a role model, your actions are needed and contribute to the organizational culture.

Priming, in my opinion, is one of the most fascinating concepts in psychology and has vast potential applications. Consider paint primer: primer is applied first and prepares the material for painting, which improves adhesion and durability. In psychology, priming refers to how exposure to a stimulus, such as a word or image, can influence our subsequent behavior.

Priming teaches us that people are hugely influenced by contextual and environmental cues, and often they don’t even realize it. For founders and CEOs, this means taking great care to create an office environment that reflects work culture and desired outcomes.

I started applying this by decorating the office with encouraging words, quotes and pictures of people who inspire me, including Steve Jobs and John Lennon. I’ve factored bootstrapping into my email communications as well. If I want the person I’m emailing to respond in a certain way, I’ll insert words relevant to the task or goal that initiate the desired response. I also check my emails before sending and eliminate negative or discouraging words.

Business owners play an important role in the lives of their employees, partners, investors and customers. Using the tools of social psychology can encourage personal and organizational success, help build community and cohesion, and improve the lives of the people your business touches.

Credit unions use video to stay connected with their members