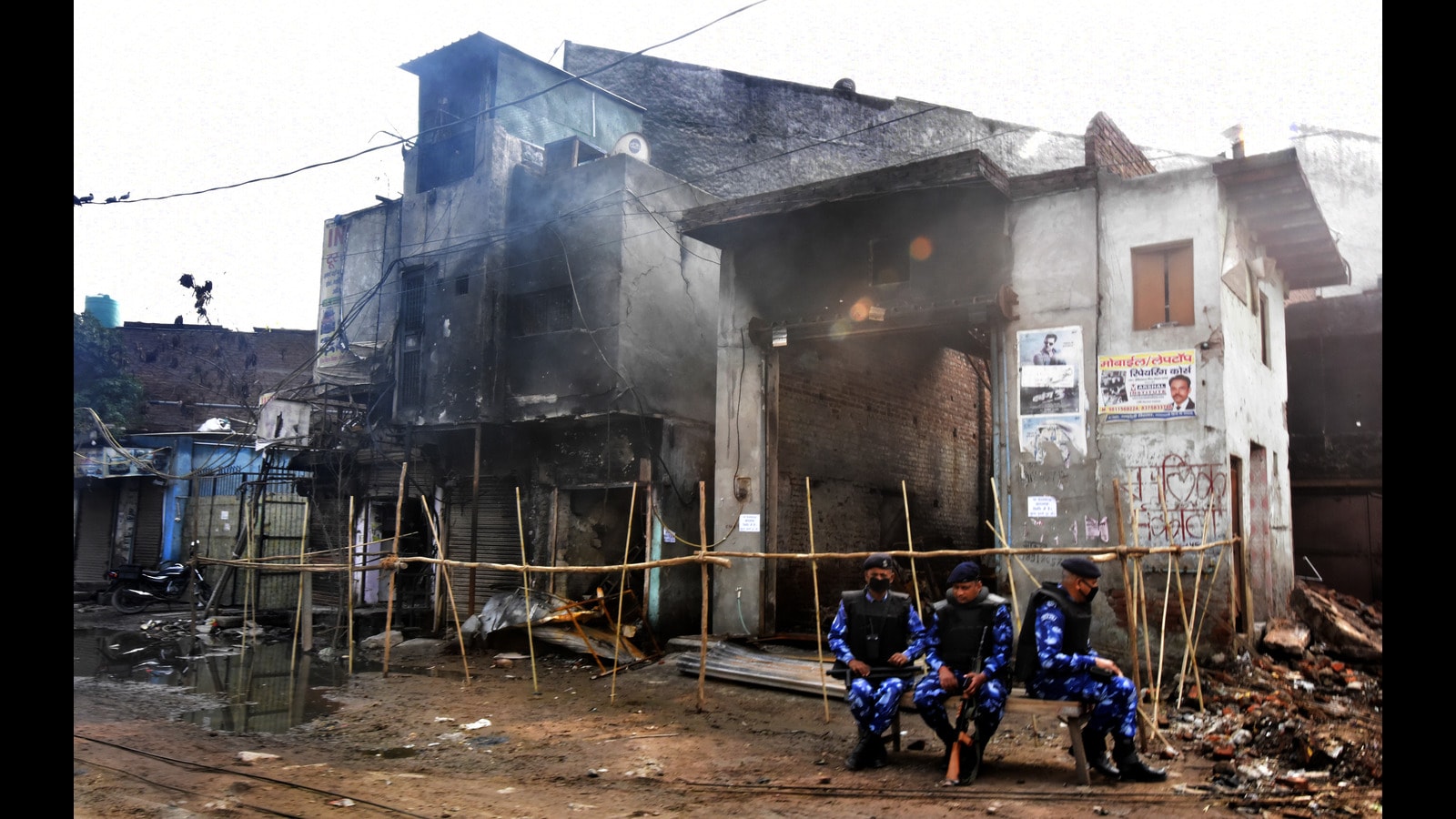 Review: The Law of Force by Thomas Blom Hansen

In 1989, Thomas Blom Hansen met a group of RSS workers who were talking about spilling blood. “We will show them their place,” they said. In 1993, a Muslim friend took him around Mumbai and to a wall sprayed with “Babur ke auladon bhago Pakistan aur Kabristan (Children of Babur, go… go to Pakistan or to the cemetery) ”. In 2018, he met Dalits in Bhima Koregaon after the massacre and saw a severely beaten young man tell his story.

From these three examples – from the late 1980s to just a few years ago – the author immerses you in the breadth of brutality that runs through Indian politics. The premise of The Law of Force – The Violent Heart of Indian Politics is that violence has always played a role in Indian politics.

I recently watched Repentance, a brilliant allegory on the Russian dictatorship by Soviet director Tengiz Abuladze. When the mayor explaining the need for the artist’s arrest said to him: “It is my duty to take the position of the majority, because the majority decides”, the artist replies: “A man of reason wins. out of a thousand idiots.

Hansen takes us through a gallery of these “idiots,” but there isn’t much evidence of reasonable women and men.

The Mahatma, however, often appears. “For Gandhi, the partition was a failure of his political ethics of non-violence. For the Hindu nationalists, this was an incomplete victory in their plan to build a Hindu nation. ”

This succinct observation is in fact the crux of Indian politics as it is today, although Gandhi’s nonviolence was also based on the religious idea of ​​ahimsa and its failure persisted even while ‘it was practiced.

Gandhi seems to be the author’s favorite metaphor and he believes that “the rhetoric of sacrifice and martyrdom remains essential to Indian politics”. It is this conflict inherent in Indian public space that makes it impenetrable and where the “voiceless majority” using violence against others can glorify it as a sacrifice.

Hansen observes that the Hindu response was previously a backlash against injustices committed by Muslims, but is now more assertive about the takeover. We could add here that the upsurge in the Hindu revival has little to do with the injustices of the colonialists. Their attempts to hold Muslims responsible for history are “part of the political Karna “ – what the author believes to be what Indians do instead of rajniti – not a just war.

The annual vocal objections to animal sacrifice on Eid day are one example, and Hansen notes that today Muslims are the sacrificial victims of the majority.

He provides us with several field reports of such experiences. During the bombings between 2002 and 2008, it was customary for the cops to round up Muslim men as suspects as a “security measure”. At a police station in central Mumbai, they were lined up and made to sit on their hips for hours. As an inspector said to the author: “These people have so many secrets… when you leave them sitting like that for a few hours, people crack.

Another revealing anecdote concerns an AIMIM corporate officer who refused to stand up while singing Vande Mataram at a meeting. Members of the Shiv Sena attacked him. He was suspended and then arrested. But he was not worried, confident that, like the protests led by his party men, he could have the support of all Muslims. With great bravado he said: “… we have already shown our ‘nuisance value’ … so even if they win in court, they will lose. “

He was not tried. But, ironically, he was kicked out by his own party which tried to project a “responsible” and “respectable” image.

Although there is no hint at it, the title and content reflect Newton’s law of centrifugal force in which acceleration is caused by a force; if there is no control over gravity, the object it is heading towards will respond by rushing towards it as well. Would this apply to the oppressed?

Hansen often uses psychological and ethnographic methodology to understand groups. Here he takes a closer look at the “body” – again using the Gandhian penchant for fasting – as a marker of identity. Hansen suggests that the majority stereotypes are “centered on fantasies about the Muslim body – its supposed strength, discipline and fertility.” It is there, because the fantasy arises from insecurity.

However, we are a little skeptical about his views on Dalits. Deploying the Hindu caste idea of ​​the Dalit body as already half inhuman, Ambedkar simply ‘armed’ the Dalit bodies by directly touching and ‘defiling’ the spaces of the caste Hindus, and in doing so exposing the injustice and unreasonableness of such restrictions. “

“Armament” has not been of much use. Dalits continue to be tortured for everyday acts, such as a groom on horseback or wearing a mustache.

As Hansen shows us the ugly face of the regionalism, caste, communitarianism and displaced nationalism of the Hindutva supporters, and the belief in their right as an electoral majority, we would have liked to see examples of “anger” of the oppressed. Failure to do so also has the effect of making the marginalized invisible, although the intention here is obviously not to do so.

Farzana Versey is a writer based in Mumbai. She tweets to @farzana_versey.

Reviews | What the Covid vaccine supply tells us about international trade