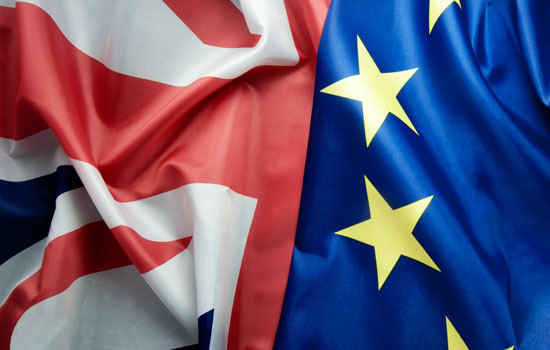 By Jason Malcore, AEM Director of Global Standards and Compliance

Over the past five years, the UK (UK) and the European Union (EU) have mostly completed their long and tumultuous divorce process, in what is commonly referred to as Brexit. While the UK officially completed its separation from the EU on December 31, 2020, when it withdrew from the single European market, the European customs union, the common agricultural policy and the common fisheries policy, several lingering issues are waiting to be resolved before the process is completed.

For equipment manufacturers looking to sell their products in both trade areas, it is important to understand the current regulatory environment and the requirements necessary to comply with UK and EU law.

The border of Northern Ireland

The Good Friday Agreement (GFA) marked a major turning point in ending decades of civil and political unrest in Northern Ireland. As part of the GFA, the UK agreed to abolish military and customs checkpoints between Northern Ireland and the Republic of Ireland, an institution known as the ‘hard border’.

Under the aegis of the EU Customs Union, goods could freely cross the border of Northern Ireland and the Republic of Ireland, as both countries operated under EU laws on the EU product and free trade area conformity. After Brexit, the Irish border became the only land border between the EU and the UK. Without checkpoints to enforce regulatory and customs requirements, the open border has threatened the entire negotiating process between the UK government and the EU.

Due to the sensitive nature of Ireland’s ‘hard borders’ and the continued pressure to complete the broader Brexit process, the UK government has offered a supportive deal known as the Northern Ireland Protocol. From an OEM perspective, under the protocol:

In the pre-Brexit era, the European Single Market provided manufacturers with a level of certainty about product requirements and certifications. With a set of rules for the entire continent, there was no need to worry about designing products to meet conflicting requirements in France, Germany and Britain. As Brexit threatens the long-term stability of the European regulatory environment, in the short to medium term, Brexit negotiators have put in place administrative relief provisions to ensure manufacturers have an extended transition period necessary to comply with the UK law.

January 1, 2021, products intended for sale in England, Wales or Scotland (Great Britain) must meet the United Kingdom Conformity Assessment Standards (UKCA) for all relevant UK product laws and apply the UKCA mark as defined in UK law. Manufacturers must meet the following requirements:

This administrative arrangement assumes that EU and UK laws do not diverge in their compliance standards. If the rules start to diverge, the UK will ban manufacturers from using the CE mark to prove compliance with the law. It will therefore be important to monitor regulatory developments in the UK and the EU to ensure that your businesses can maintain their market access.

Brexit is a complex, politically charged and ever-changing issue. The final chapter probably hasn’t been written yet, but AEM will remain committed to keeping you and your businesses updated. If you would like to learn more about this issue or if you would like to join the AEM Safety and Product Leadership Committees to stay engaged, please contact AEM Global Compliance Director Jason Malcore at [email protected].

“Do it once, do it right, do it globally” is the long-standing motto of AEM’s product safety and leadership department, and it guides efforts to meet the ever-increasing global demands of manufacturers. equipment to develop safe, productive and compliant machines. . To learn more about AEM’s security and product leadership activities, visit https://www.aem.org/safety-product-leadership.

For more views from AEM staff, subscribe to the AEM industry advisor.