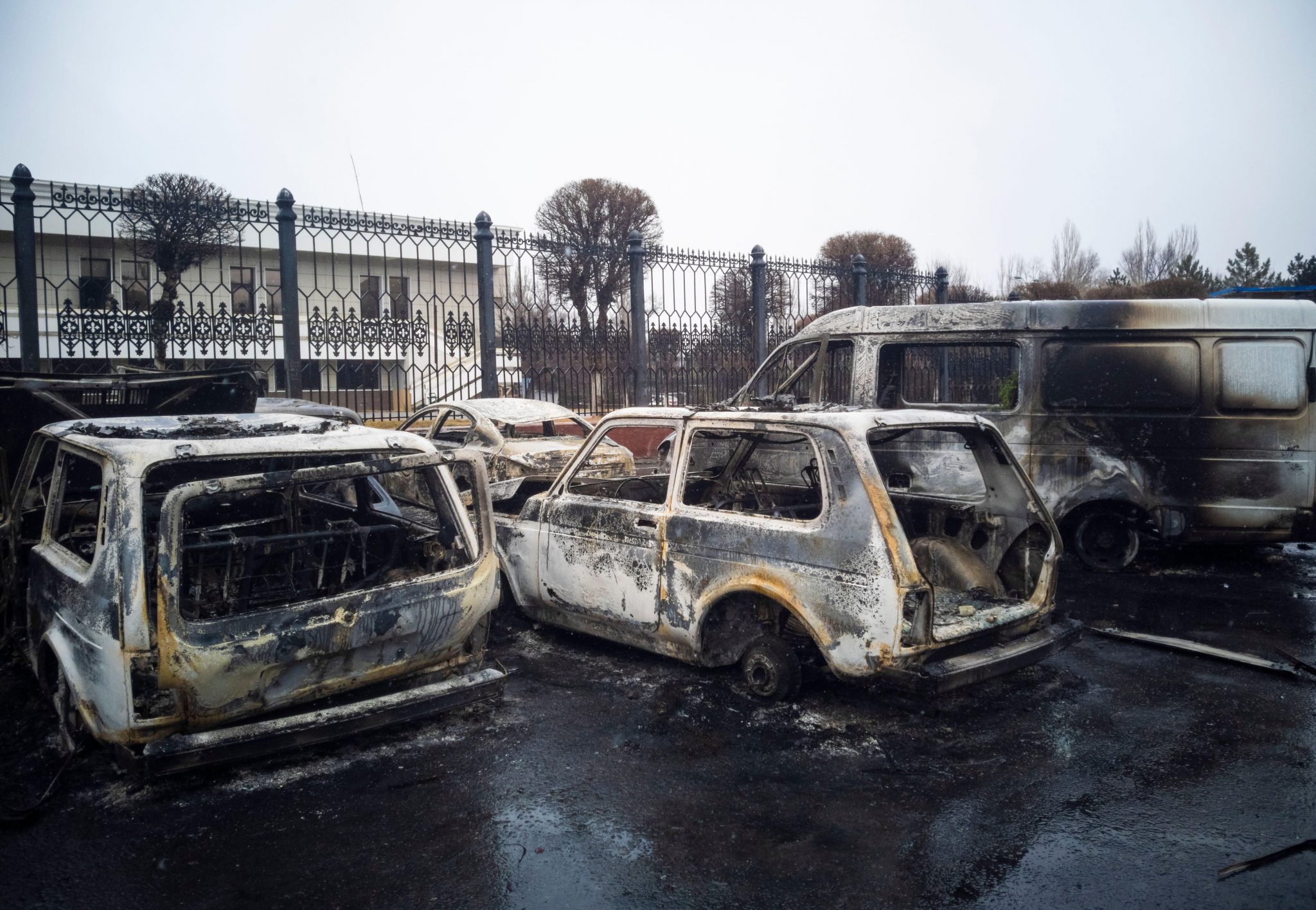 In 2021, the five republics of Central Asia celebrated their 30 years of independence. They may not have fought for emancipation from the Soviet Union, but Kazakhstan, Kyrgyzstan, Tajikistan, Turkmenistan and Uzbekistan achieved true statehood and learned to survive as as sovereign nations. Their political and economic systems, while lacking freedom, have matured enough to protect against pressing existential threats.

These achievements were put to the test in 2021 against the common backdrop of the COVID-19 pandemic. In January 2021, the President of Tajikistan prematurely announced victory on COVID-19 in his country. In the second half, Central Asia struggled to a new wave of infectionsreaching one and a half million cases and 22,000 deaths among the combined population of 74 million.

The government of Turkmenistan continues to deny any cases or deaths, but independent reports suggest that he had not escaped the morbid effects of the pandemic. Compared to 2020the economic recovery had started, but high inflation and low vaccination rates meant that the most vulnerable groups still faced food insecurity, uncertainty and limited job opportunities.

Authoritarian political stability remained largely intact across the region. Kyrgyz leader Sadyr Japarov, who came to power following street protests in October 2020, consolidated his reign by winning the presidential election of January 2021. He pushed through a constitutional referendum expanding his prerogatives in April and obtained a favorable result in the legislative elections of November 2021.

The only serious domestic crisis in Tajikistan involved protests in the still volatile Gorno-Badakhshan Autonomous Region in November, which calmed down after four days of tense negotiations with central authorities. President Gurbanguly Berdymukhamedov of Turkmenistan has put forward plans for a dynastic succession while usually indulging eccentric behavior. Presidential elections in Uzbekistan sent Shavkat Mirziyoyev back to the office with a slightly reduced share of voice despite the absence of real opposition.

Throughout 2021, there have been few signs of major unrest in Kazakhstan. January’s legislative elections demonstrated general popular acquiescence to the regime while indicating some tension between the two poles of executive power: President Kassym-Jomart Tokayev and former President Nursultan Nazarbayev. Although the former president formally stepped down in 2019, he retains significant formal and informal authority.

In early January 2022, this intra-elite tension suddenly led to what Tokaev called a coup attempt and “massive crisis” — the worst in more than 30 years of independence. A detailed picture of the goals and drivers behind the large-scale violence in Almaty and other cities has yet to emerge, but it is clear that tandem authority is no more, with Tokayev firmly in control.

One of the most intriguing questions for 2022 and beyond is whether the abrupt end to the post-Nazarbayev transition will lead to systemic reforms rather than just a change in executive personnel and a redistribution of wealth. Tokayev’s first State of the Nation address after the crisis seemed to point to the latter.

At the regional level, the Third Consultative Meeting of Central Asian Heads of State held in August 2021 advanced the agenda for pragmatic cross-border cooperation despite the lack of innovative initiatives. Importantly, all sitting presidents participated despite a series of armed clashes on land and water between Kyrgyzstan and Tajikistan earlier this year. The informal summit decided to give more attention to popular diplomacy and above all dialogue between women to accelerate mutual trust and understanding in Central Asia. There was a tactical recognition that state-to-state regionalism was progressing with difficulty.

The crisis in Afghanistan has dominated the international agenda of Central Asian states. The US withdrawal and rapid demise of the Ghani government in Kabul in August 2021 came as a surprise. The Taliban’s quick and complete victory has heightened the concerns of Central Asian states over security threats from the south. Chief among these threats is terrorism. Reflecting a widely shared view, the President of Tajikistan warned around 6,000 militants in northern Afghanistan loyal to the so-called Islamic State militant group and linked to the jihadist underground in Central Asia. There are fears that the militants could quickly destabilize local governments.

Leaders in the region have responded to this challenge in two ways. With the partial exception of Tajikistanthey soon established a working relationship with the Taliban government promising aid, Trade and potential acknowledgement in exchange for the removal of international activists. They also pursued closer military and security cooperation with Russia and China turning away from ‘unreliable and uncommitted United States‘.

In 2022, dealing with COVID-19 and cases of popular discontent will be priorities for Central Asian governments. The recent riots in Kazakhstan are unlikely to lead to further liberalization and a tightening of social control is expected. None of the countries have national elections scheduled for 2022, which removes some protest triggers. A resumption of border hostilities between Kyrgyzstan and Tajikistan cannot be ruled out. The only guarantee for Central Asia in 2022 is that the situation in Afghanistan will continue to be central to shaping the region’s foreign and security policy.

Kirill Nourzhanov is a senior lecturer at the Center for Arab and Islamic Studies at the Australian National University.

This article is part of a EAF Special Feature Series on 2021 in review and the year ahead.