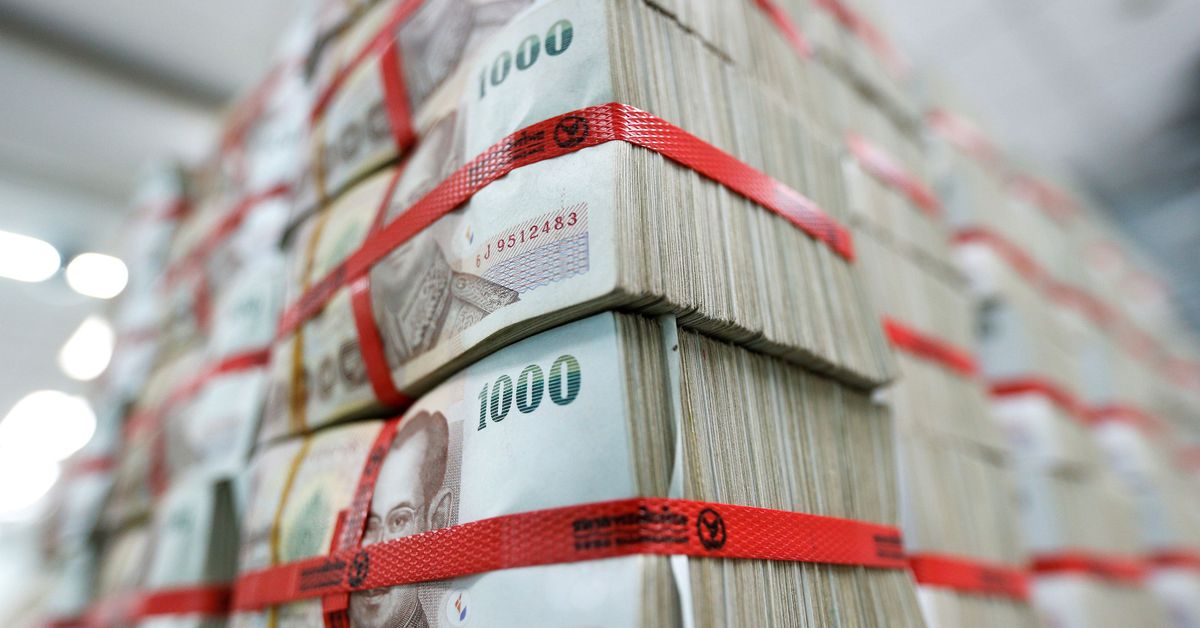 Thai baht banknotes are seen at a Kasikornbank in Bangkok, Thailand May 12, 2016. REUTERS/Athit Perawongmetha

March 15 (Reuters) – Myanmar will start accepting the Thai baht for settlement of cross-border trade transactions and is also considering a similar plan to use the Indian rupee for such trade, the information and intelligence ministries said on Tuesday. Investment.

Myanmar’s military-controlled government has already declared that it will also accept the Chinese renminbi as its official currency of settlement. Read more

“By reducing reliance on the US dollar, we will mitigate the risk of sudden exchange rate fluctuations due to external geopolitical factors,” the ministries said in a statement, adding that the move would help reduce inflation caused by the appreciation of the dollar.

The arrangements would also help support economic recovery, the statement said, adding that – even with rising energy prices – Myanmar is expected to record “moderate” growth in gross domestic product in the fiscal year ending in October 2022.

Myanmar’s economy has collapsed since the military toppled an elected government a year ago and launched a bloody crackdown on opponents, with a struggle to impose order amid widespread civil unrest and armed resistance from pro-democracy militias and ethnic minority rebels.

Last year, Myanmar’s Central Bank briefly attempted to peg the kyat currency to a benchmark rate against the dollar after the exchange rate fell.

The statement accused opponents of trying to instil mistrust in the banking and financial system and said a weaker kyat last year was “fueled by economic sabotage”.

Traders registered along Thailand’s border with Myanmar could from this month trade based on the kyat-baht exchange rate announced daily by Myanmar’s central bank, the statement said.

Thai deputy spokeswoman Ratchada Thanadirek said the government was not involved in the arrangements, but said “the use of the baht-kyat is something both sides have discussed…and fits at the request of the Thai private sector”.

However, Sobkasem Ngaemngam of the Tak province chapter of the Federation of Thai Industry, said the decision was unlikely to change much since businesses on both sides of the border had been using the baht in trade for decades. Tak Province borders Myanmar.

Indian authorities did not immediately respond to a request for comment.

Thailand is Myanmar’s second largest trading partner behind China. The trade in the 2020-21 fiscal year was worth $5.3 billion, the statement said.

(EDITORIAL from the Korea Herald March 16)