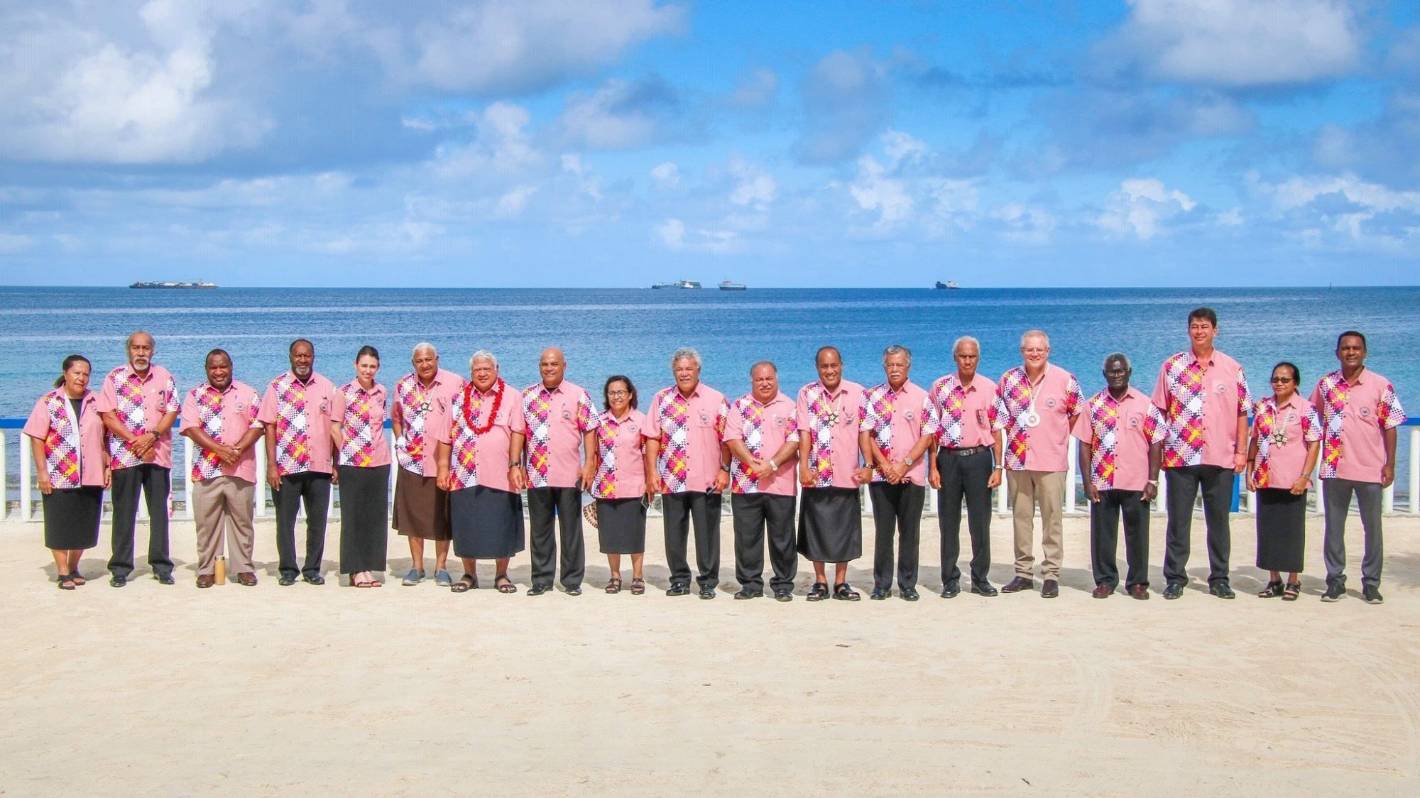 Micronesian countries vow not to pull out of Pacific forum, healing major divide

A major gap between Pacific countries has been bridged, with Micronesian countries pledging not to withdraw from the Pacific Islands Forum.

The Micronesian nations signed an agreement this week to remain in the 17-member forum, after threatening to leave following the appointment of the body’s secretary-general, Henry Puna.

A resolution, signed by some Pacific leaders after a meeting in Fiji on Tuesday, restored unity to the Pacific after an intense period of diplomacy and amid growing concern over a growing geopolitical power struggle in the region.

“I certainly think what’s happened over the last couple of months, the geopolitical pressures and the intense focus on the Pacific, has galvanized regional solidarity,” said Dr Anna Powles, Pacific security expert and lecturer at Massey University.

The five Micronesian countries – Nauru, Kiribati, Palau, the Marshall Islands and the Federated States of Micronesia – announced they would withdraw from the forum in February 2021, after Puna, the former Prime Minister of the Cook Islands, was appointed general secretary. of the regional body by secret ballot.

Puna’s nomination upset the Micronesian countries because they believed, according to a “gentleman’s agreement”, that it was their sub-region’s turn to have a candidate for this position.

Under a “reform package” called the Suva Accord, Puna would retain his post, Micronesian countries were promised the next post of Secretary General in 2024, and sub-regional rotation was formalized.

Two new deputy general posts would be created, each to be occupied by sub-regions not represented in the first post.

It remained to be seen whether Kiribati, which was not represented at the Fiji meeting, would accept the agreement. A statement released by Federated States of Micronesia President David Panuelo said other Micronesian nations were trying to contact Kiribati for support.

“A dark cloud disappeared from the Pacific with sunshine after a cool rain in its place,” Panuelo said, in the statement.

The deal was struck ahead of the much-awaited Pacific Islands Forum leaders’ meeting, due to take place in Fiji in mid-July.

The forum recently became a focal point for discussion of the geopolitical struggle in the region, after China launched an ambitious bid to strike a regional deal with 10 Pacific nations.

The proposed deal was rejected by countries and some Pacific leaders suggested it should be discussed at the Pacific Islands Forum.

Concern over a security agreement signed by the Solomon Islands and China is also expected to be a key issue at the forum’s next meeting.

“We have maintained our faith and commitment to Pacific regionalism and the solution that has been found to ensure Micronesian states remain in the forum,” she said in a statement.

Powles said it was a good result that would strengthen the forum.

“It wasn’t easy, as the five Micronesians put all their cards on the table and issued an ultimatum from the get-go, which left no one to maneuver.

“And it’s been a long, difficult process of working out what an acceptable resolution would look like.”

Powles said New Zealand had been “heavily” involved in the diplomatic effort to resolve the dispute.

Once the divide has been bridged, Powles said, the forum could now resume its activities: climate change, economic recovery from Covid-19 and regional strategy for 2050.