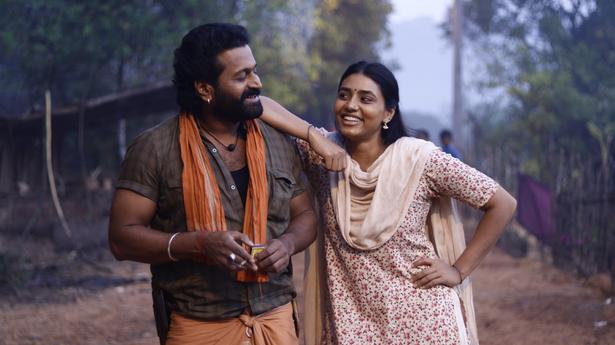 From a general look at Kannada films of the past five years, it appears that the Shettys (Rishab Shetty, Rakshit Shetty and Raj B Shetty, better known as Coastalwood’s ‘RRR’) are changing cinema in a extent, in terms of content rooted in the native ethos.

Rishab Shetty (of Ricky and Kirk party fame), strongly believes in his theory that cinema will be more universal if its content is regional and if trust is built on regionalism.

Script: Shiva and Deputy Range Forest Officer Murali are on the same page on issues concerning the protection of indigenous culture and the environment, but the paths they choose are different

kantara is a continuation of its commitment to regional content; he again experimented with the much-discussed issue of feudalism, environmental protection, and the encroachment of forest lands in general. In kantara, he focused on indigenous folklore and cultures including Yakshagana, Paddana, Bhoota Kola, Daivaradhane, Naagaradhane and Kambala. The film is also seen as a critique of the suffering of native tribes, who have been subjected to untold atrocities due to caste hierarchy.

Against the rural backdrop of the smuggling of forest riches, Rishab tells the story of the belief system of generations in the coastal region and focuses on the sacred customs of the region with the powerful support of the native village nestled in the forest. He manages to meticulously bring a tale of myths, legends and superstition, and that too in his native dialect.

kantara (meaning forest in Sanskrit) is told through three timelines and deals with the issue of man versus nature, which is steeped in the culture and rituals followed in the coastal region. This deeply rooted mystical drama opens on the 18 e century showing a king ceding a piece of land to native tribes in the coastal region. It briefly takes a break from the 70s to inform the audience how a descendant of the king tries to reclaim the land, and finally unveils the strategies of the next generation feudal lord (Achyuth Kumar) to reclaim the land from the tribal community.

When Shiva’s father (Rishab Shetty), a ritual performer of Kola also known as Bhoota, mysteriously disappears in the forest, after a fight with a feudal lord who demanded that the land be given to the tribal community, he opposes a DFO named Murali mistaking him as their usurper. Trapped by the feudal lord, Shiva fights with Murali, who believes the former to be a smuggler who uses native culture to plunder the riches of the forest.

His love Leela (Sapthami Gowda) joins the Forest Department as a ranger and helps the department survey government forest land. Shiva’s brother, Guvurva, who does not want to support the feudal lord in grabbing the land granted to the natives, is killed. Shiva is forced to fight Murali, when caught in the crossfire. Finally, Shiva and Murali team up to fight against deep-rooted feudalism in coastal Karnataka.

But, it is cataclysmic that in his enthusiasm to showcase Indigenous culture, Rishab glamorizes Indigenous practices. Such attempts to please the audience through a commercial setting lead to the storytelling losing traction and diluting the issues.

However, Rishab excels as Shiva in his efforts to raise issues, such as the encroachment of forest lands and attempts by local lords to appropriate land from poor tribal people for development, under the guise of be benevolent.

Kishore, as a law-abiding forest officer whose heart is in protecting the downtrodden community, steals the show. He excels as a character caught in a tug of war between the system, politics and the problems of the people. Similar is Achyuth Kumar’s performance as a traitorous landlord.

The locations are colorful and lively, and the background music by B. Ajaneesh Loknath represents the ethos of the land. Cinematographer Arvind S Kashyap’s meditative shots showcase indigenous culture and capture rustic locations in their grandeur. Filming the Kambala sequences (the annual buffalo race, held on the Karnataka coast and celebrated by the farming community) is a testament to his brilliant shots.

Kantara is currently playing in theaters

Rising imports are a concern, but imposing curbs is not the solution: BVR Subrahmanyam