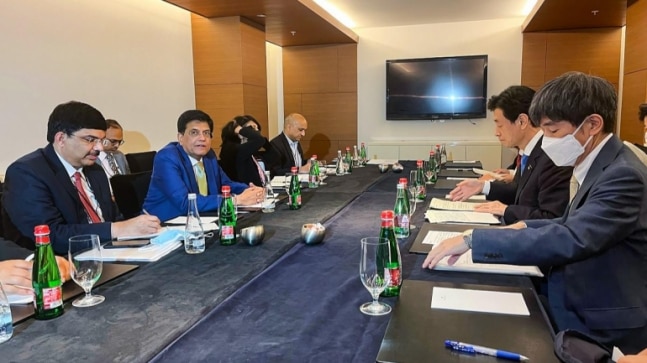 However, India chose to stay out of the crucial trade pillar. Goyal said the outlines of the framework — particularly on the required environmental, labor, digital trade and government procurement commitments — are still emerging.

The Union minister also said that India was strengthening its own digital framework and laws, especially on privacy and data. He added that while continuing to engage in the trade component of the IPEF, the Indian side will wait for a broader consensus on certain aspects among all nations.

“We need to see what benefits member countries will derive and whether conditionalities on aspects such as the environment may discriminate against developing countries that have the imperative to provide low-cost and affordable energy to meet to the needs of our growing economy,” said Goyal.

IPEF has 14 members – Australia, Brunei, Fiji, India, Indonesia, Japan, Korea, Malaysia, New Zealand, Philippines, Singapore, Thailand, Vietnam and the United States. Goyal said he was confident that together the 14-member group “will set the rules for trade between countries that believe in fair play, transparency and rules-based trade in the future.”

“Our trade and investment ties have been strengthened with the signing of the Economic and Trade Cooperation Agreement. We discussed ways to further boost bilateral trade and cooperation within the framework of IPEF,” he said. he tweeted.