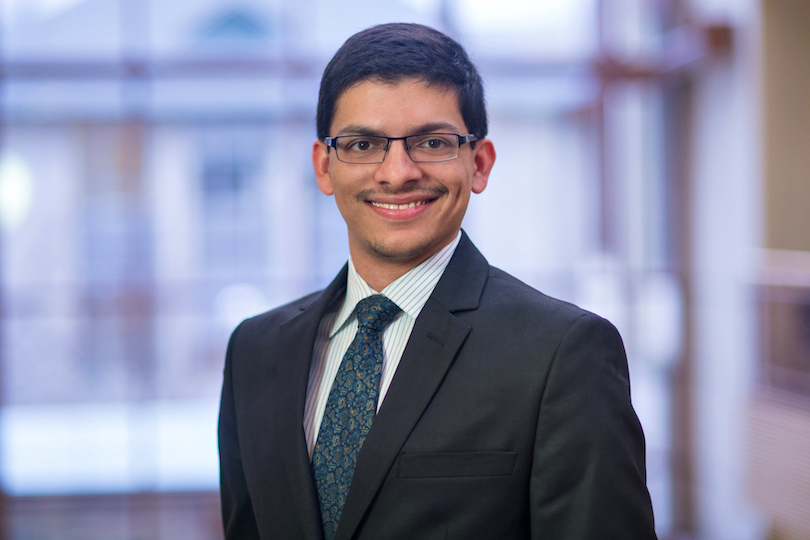 This article is part of a series of interviews with the contributing authors of Fundamentals of international relations.

I first started thinking about “globalizing” the field of international relations as a master’s student in India. Most of my academic training was based on traditional schools of thought in IR, which derive primarily from Western history and thought. However, the research questions that animated me focused on the role and contributions of the countries of the South in international relations. In trying to find frameworks that would help me better articulate issues related to the Global South, I came across Professor Acharya’s work on Global IR. Professor Acharya’s ideas intrinsically appealed to me. I had the good fortune to work directly with Professor Acharya when I joined American University’s International Relations PhD program. Professor Acharya and I began collaborating on our chapter with the aim of presenting a broader and more holistic scope of IR than is typically portrayed in introductory textbooks. We searched for concrete examples of the contributions of countries in the South to international affairs, which produced the two case studies in the chapter.

In terms of your academic background, how did you find your way, and can you give a brief summary of your background so far?

I am still very much a student: I am currently a doctoral student at American University. As a young student in India, I was always interested in “the international”. Every day, I looked at the “international” section of the newspaper. But what particularly fascinated me was the apparent importance of international organizations in international affairs, in the midst of an “anarchic” world of sovereign states. That such organizations not only survive but thrive in parts of the Global South was even more interesting. During my integrated Master of Arts at the Indian Institute of Technology, Madras, I took courses in international relations and wrote a thesis explaining the importance of ASEAN in Asian regionalism. I followed this with an MPhil in International Organization at Jawaharlal Nehru University, where my thesis focused on explaining change and adaptation in ASEAN. I am currently working on my doctoral thesis, which examines the responses of regional organizations to crises. I hope to continue to conduct research and teach with a focus on Southern countries and their role in global governance.

How has your way of understanding the world changed over time, and what (or who) has caused the most significant changes in your way of thinking?

Still a doctoral student, the time I spent watching the “world” closely is relatively short. But there are notable changes in the way I have approached studying and understanding the world. When I made my first forays into IR as an undergrad, dominant geopolitical alignments and great power foreign policies seemed to be prominent in explaining global politics. However, as I began to acquire greater expertise on the subject over the next decade, I found that scratching the surface of mainstream perspectives offered a richer understanding of global politics. For example, when trying to understand the behavior of international organizations, great power preferences may be important, but other factors ranging from norms to culture to organizational design are also important.

Do you think it’s more important for academics (and students by extension) to spend most of their time understanding the world, or rather actively working to change it?

I think these two goals of understanding the world and working to try to change it have to be balanced, with the scales tipping in favor of “understanding”. Often these aspects flow from each other. As scholars, our first objective is to try to explain phenomena in international relations. What we choose to seek out is, in turn, often tied to a positive change we would like to see in that specific area. The power of a good understanding, then, is that it puts you on a solid footing to advocate for change. For instance, agreement the factors that enable international organizations to respond well to crises lay the groundwork for offering policy advice on what works and what does not. In this way, the objectives of understanding and change are intimately linked.

Where do you see the most exciting research and debate in and around the discipline of international relations?

There are two streams of research that I believe are currently the most exciting in international relations, both of which aim to make the discipline more inclusive. First, there has been a push to integrate the experiences of countries in the South into the core of IR, both theoretically and empirically. Global IR is at the forefront of this “broadening” of the field. Second, in the sub-field of global governance, recent research has sought to move beyond the study of a handful of prominent Western-based international organizations and has begun to explore the role of other international governance actors such as NGOs, informal groups and private actors as well as regional organizations located in countries of the South.

What is the most important advice you could give to students who are starting their journey with international relations?

One piece of advice I would give is to keep an open mind and try to understand the multitude of different perspectives out there. I think it’s important not to be tied to any particular school of thought from the start. This can cloud the learning process and prevent the full absorption of opposing arguments. Another advice is to read and assimilate the material with a critical mind, because there is always room for improvement in knowledge. Global IR emerged to fill a sort of void, where existing IR theories contained gaps to help observers understand how international actors, especially in the Global South, behave. Taking an open yet critical approach to the subject will also foster new perspectives that better explain the world.

Those who have read your chapter in Fundamentals of international relations will take a lot of ideas and thoughts with them, but is there anything specific that you would like to leave in their minds?

Perhaps the one thing I would expect students to come away with goes beyond the chapter itself: I would like students to continue to reflect on how actors from the South have shaped and influenced the world. The chapter is peppered with examples and two detailed case studies, but its overall aim is to provide a framework for understanding and explaining the contributions of the South and to prompt students to reflect on these contributions in various aspects of international relations.

Businesses must work to fully benefit from the UKVFTA