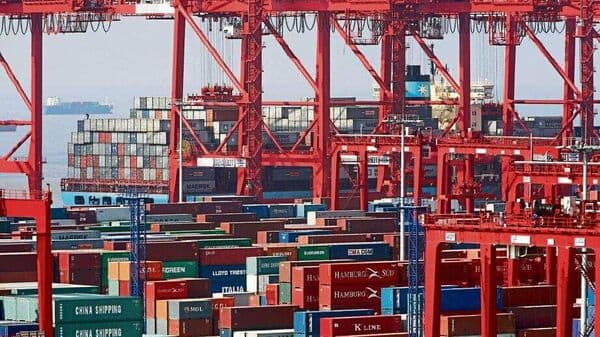 NEW DELHI : India has ‘no intention’ of joining the World Trade Organization (WTO) grouping of government procurement agreements, but is open to negotiating such agreements within the framework of agreements bilateral.

It is already included in the free trade agreement signed with the United Arab Emirates, and while this may serve as a model for all future bilateral free trade agreements, the scope and coverage of the section may vary, said the Ministry of Trade and Industry in the Frequently Asked Questions section on the Comprehensive Economic Partnership Agreement (CEPA) between India and the United Arab Emirates. Pacts being negotiated include those with Canada, the EU, Israel and the UK.

The agreement between India and the United Arab Emirates, which entered into force on May 1, excludes public procurement from several ministries of the Union. While this was India’s first time including public procurement in a free trade pact, it is limited to a few central ministries and excludes key sectors such as construction, infrastructure projects and utilities. healthcare, including medical devices and pharmaceuticals.

“India has been an observer under the WTO Government Procurement Agreement since 2010 and, as of now, there are no plans to join,” the ministry added. “As this is the first time that we have had a comprehensive text on government procurement, it has been carefully reviewed and developed after broader inter-ministerial consultations with stakeholders. In future agreements, the text of the GP chapter may become a model, and the scope and coverage of the GP chapter could vary depending on the ambition,” he added.

Under the pact, only public contracts with a value greater than ₹200 crores will be allowed for companies based in the UAE on the same terms as Indian companies. Public procurement is open to 34 ministries and departments, including electricity and education.

Previously, India had never subscribed to government procurement under bilateral or multilateral trade agreements to protect domestic companies. This was one of the bottlenecks in several key FTA negotiations, including that with the EU.

Public enterprises and the Ministry of Defense are excluded from the GP.

“Only a few central government ministries are covered, which also with high thresholds for the procurement of goods, services and construction services…excluded are subordinate entities of central ministries, including departments and attached agencies , autonomous bodies, public enterprises, public sector enterprises, regulators or any other entity, totally or partially, under the authority of the central government”, indicates the FAQ.

Professor Arpita Mukherjee of ICRIER said the provision for a GP chapter is good as some Indian companies are also seeking access to the GP market in countries like the UK.

“Many of our trading partners are already part of the WTO GPA. There are two fundamental problems. First, we don’t have comprehensive national regulations. Second, many sectors, especially pandemic health care, are out of the deal. We also need to review the depth and coverage of the deal,” she said.