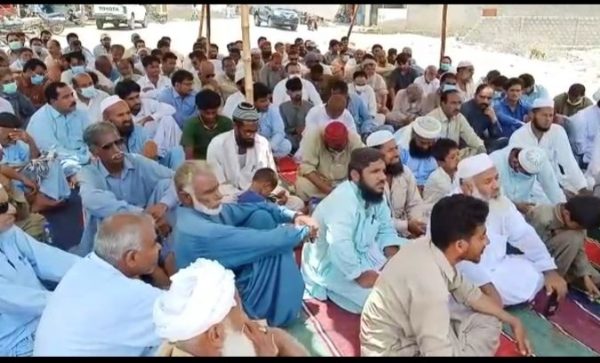 How the Chinese presence in Balochistan intensifies regionalist tendencies – The Diplomat

The political and economic outcomes of the China-Pakistan Economic Corridor (CPEC) intersect with local politics of (mis)trust and regionalism in Balochistan. The history of political exclusion and resource exploitation by Punjab’s military-bureaucratic elite manifests itself in the design of the CPEC Balochs. The acquisition of Gwadar Port, the exclusion of Baloch businesses and labor from Gwadar and associated CPEC projects and the exclusion of indigenous fishermen exacerbated pre-existing feelings of regionalism in Balochistan, Baloch nationalist forces totally rejecting the project or expressing a greater share in these projects. projects.

A recent bombing of a Chinese convoy symbolizes the regionalist forces’ deep distrust of China-led development, which they see as extractive and exploitative. The CPEC adds to the separatist feelings accumulated within the Baloch population. The central government should integrate the genuine concerns of political parties and local communities into its development strategies to make these projects more inclusive and less exploitative.

Balochistan has historically opposed the hegemonic designs of the central government and championed a stronger provincial role within the federation. Today’s insurgent tendencies are rooted in the two-state solution – dividing the subcontinent between India and Pakistan – orchestrated by the colonialists. This solution rejected the voices of various ethnicities vying for an independent state based on ethnicity. Although the tribal leaders of Balochistan opted to join Pakistan in 1947, there was strong opposition to this decision. These voices manifested their dissent through both political rallies and armed insurgencies. The elite Punjabi military bureaucracy countered these calls for autonomy with a vigorous military response, including arrests of tribal leaders and anti-Baloch propaganda.

Due to these conflicts and other constitutional reasons, Balochistan did not have elections until 1972. In 1972, the National Awami Party (NAP) won elections in the province and called for greater autonomy of the province and a share of its resources. This led to the central government revoking the elected provincial government and restoring the governor’s power, which only increased calls for Baloch independence within the state. Armed conflicts between Baloch nationalists and the army raged until 1977, when these clashes ended. Throughout the conflict, mistrust between the military and Baloch nationalists grew, and separatist sentiment permeated Baloch political narratives.

Baloch nationalism is based on a widely held belief that the province has been kept underdeveloped to ensure the exploitation of its resources. This distrust is so pervasive in political narratives that even development ventures are seen as means to achieve the extractive agendas of the central government. The exploitation of the province’s resources by the state and the military manifests itself in the exploitation of gas reserves: although the province is the main producer of natural gas in the country, Balochistan receives only a very small share and 12.4% of gas royalties.

These same feelings of exploitation now apply to the port of Gwadar, the terminus of the CPEC. Baloch nationalists argue that Chinese companies and the Pakistani central government are taking a bigger share of Gwadar Port and associated projects. The Baloch claim that the contracts have been awarded to non-Baloch companies and that most of the labor employed on these projects is non-Baloch. Once again, there is a strong feeling that a natural advantage granted to Balochistan is being usurped and exploited by foreigners, be they Punjabis or Chinese.

The controversy on the road to CPEC

The anti-center and anti-military trend in Balochistan is further exacerbated by armed militant violence committed by nationalist militant groups and Islamic terrorists, such as against state officials. This makes Balochistan a dangerous place for CPEC. However, instead of using CPEC to assuage genuine provincial concerns, the Pakistani state has opted for highly centralized CPEC planning. The conflict of interests and perspectives between the state and the region was exemplified by the CPEC route controversy, where the provincial government of Balochistan rejected unilateral changes to the planned routes of the road and rail networks to be established in the framework of the CPEC.

The project envisaged that the western alignment part of the road that connects Gwadar to Kashgar in western China, passing through various districts in southern and eastern Balochistan, would start after the completion of the eastern alignment. However, regional elites have raised their voices against the centre’s prioritization of eastern alignment. The eastern alignment connects Gwadar to Karachi via well-developed areas of Punjab and Sindh and excludes many districts of Balochistan. Although the government has not released any of the planning documents there, the media reveals that the original route planning has been changed in a way that benefits central Punjab.

In response, the elite tribal forces of Balochistan opposed the CPEC and violent groups were involved in acts of sabotage. Therefore, instead of uniting multiple voices, especially the regionalist forces, the CPEC served to further exacerbate the rift between state and regionalist forces due to the exclusive and Punjab-centric planning and implementation of the CPEC projects.

More recently, Gwadar has experienced protests against the CPEC in the specific context of the exploitation of fisheries resources by Chinese trawlers. Many local fishermen have left their fishing grounds due to the construction of Gwadar Port in hopes of a better future. However, the federal government granted fishing permission to Chinese fishermen, which sparked widespread unrest. These unrest culminated in a 28-day sit-in in 2021, led by Jamaat-i-Islami (JI), in which a large number of people, including men, women and children, took part.

The participants expressed their concerns against the center’s hegemonic aims in allowing Chinese fishermen to exploit the fishery resources at the expense of local fishermen. Although this protest was first organized against the government’s permission to allow Chinese trawlers to fish, other concerns – such as the lack of basic facilities including healthcare, electricity and drinking water – were also raised.

The protesters ended the sit-in after an agreement with the federal government. The government accepted all of the protesters’ demands, calling them legitimate. However, many Baluchi fear that these demands will not be met by the government.

The Gwadar Port project and associated road and rail networks have not resulted in the integration of Baluchistan with the rest of the country. Contrary to expectations, residents have not found jobs and despite commitments, neither a hospital nor a vocational training center has been created. Instead, local fishing grounds were taken over by the Chinese. Locals view development and economic activities in Gwadar as extractive and exploitative. This has exacerbated anti-state sentiment which can lead to violence, as evidenced by a recent bombing in Gwadar targeting a Chinese convoy.

The political sit-in and the extremist act of a bombing indicate different thought processes regarding China-led development. Political parties and local communities seek a greater share and participation in these projects through their demands for health care, educational opportunities and electricity infrastructure in Gwadar. Meanwhile, the regionalist forces, through their acts of sabotage, have totally rejected this development. It is important that the central government of Pakistan and Chinese companies can capture the real concerns of the local people and integrate them into the policy, planning and implementation framework of CPEC. Greater local political support at the grassroots level is key to the successful and peaceful implementation of these projects.