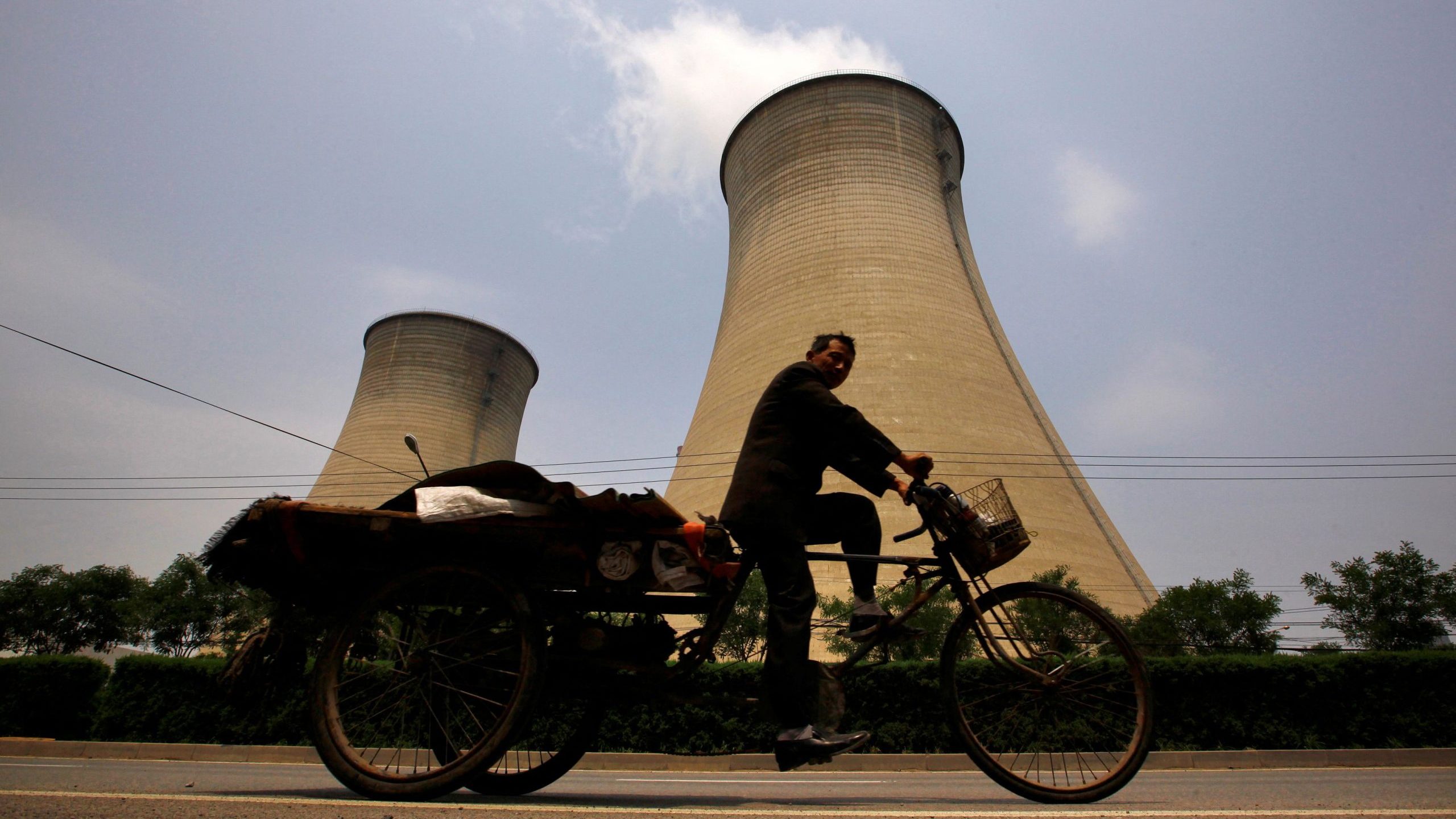 This is the first of two pieces on the G7’s vision for a clean green plan. Read the second episode here.

Imagine a policy that turns the screw on Russia, sends a powerful message to China not to flex its muscles and helps save the planet. It sounds like snake oil, but the West already has the basis for such a policy.

Think of it as a green “Marshall Plan” or a green alternative to China’s Belt and Road Initiative (BRI), the massive infrastructure project launched in 2013. Major industrialized nations in the Group of Seven (G7) have communicated their vision of this loosely coordinated strategy plan at their summit last June with an alphabetical soup of acronyms.

Its components include the US’ Build Back Better World (B3W), the UK’s Clean Green Initiative (CGI) – which I helped shape with a proposal to UK Prime Minister Boris Johnson in March 2021 – and the European Union Global Gateway. Collectively, it is designed to help countries in the Global South (in Asia, Africa and Latin America) rapidly decarbonize their economies, tackling climate change while preventing them from falling into China’s orbit.

Now the G7 must turn its vision into reality to respond to Russian President Vladimir Putin’s invasion of Ukraine, which highlighted Europe’s dependence on Russian energy. While it is unclear whether the West will show unity of action in pursuit of this plan, or whether it can muster the trillions of dollars of private capital needed to fund it, its geostrategic and planetary logic is undeniable.

First, it expands the anti-Russia coalition to include more countries from the South. While wealthy liberal democracies united in opposing Putin’s invasion, many poorer countries hesitated to condemn it. The war and ensuing sanctions have already driven up global energy and grain prices, threatening serious hardship for any poor country that is a net importer of these commodities.

The embryonic Green Marshall Plan responds directly to two of the main needs of the countries of the South: to develop their economies and to avoid the worst ravages of climate change.

Putin’s invasion of Ukraine makes this plan doubly relevant. Developing and emerging countries desperately need cheaper alternatives to hydrocarbons, but their already shaky finances have deteriorated further, so they have little money to invest in renewable energy. The West must encourage private capital flows through targeted financial engineering.

Moreover, it will be difficult to cut off Putin’s source of income as long as he sells hydrocarbons to the countries of the South. While the West might try to bully poor countries into giving up on Russia, it would be more effective to help them meet their energy needs in an alternative, cleaner way.

Finally, some emerging countries could produce renewable energy not only for themselves, but also for the West. For example, North African countries are uniquely positioned to send clean energy across the Mediterranean and help wean the EU off Russian gas.

As Washington fears Beijing will help Moscow evade sanctions or provide it with military hardware, it is seeking to send a powerful message.

But the effectiveness of any economic threat against Beijing will depend on the size of a coalition the United States can muster. Chinese President Xi Jinping will calculate that the rest of the West will be reluctant to hit China with sanctions, given how heavily Western economies depend on trade with his country (China’s economy is ten times larger than China’s). Russia – and the gap is widening). Xi will also take comfort in the fact that China has developed deep economic and diplomatic ties with large swathes of the developing world through the BRI.

But if the West builds alternative suppliers of goods and raw materials such as rare earths in the Global South, it will reduce its dependence on Chinese imports. Then Xi won’t be able to blackmail him like Putin blackmailed the EU through the bloc’s reliance on Russian gas.

Although China has gained a head start, the BRI has lost momentum. Chinese investment in BRI countries, which peaked at $125 billion in 2015, has fallen to $47 billion in 2020. Recipient countries are struggling to repay their debts to Beijing. Meanwhile, 35% of BRI projects struggle with corruption, labor violations, environmental pollution and public protests, according to a recent survey.

This means that the West can still catch up. The G7 has set out various principles to guide its plan, many of which contrast sharply with the BRI: it is a values-driven vision ensuring transparency and sustainability, and a market-driven approach instead of China’s dependence on loans from state-owned companies. banks.

The focus on leveraging private sector finance and businesses is the competitive advantage of the G7 plan over the BIS. Meanwhile, an emphasis on transparency could bring great governance benefits to developing and emerging countries (although some Southern governments may be reluctant to embrace this principle).

A clean and green planet

A healthier planet, of course, would be the plan’s other main benefit. The central idea is to help countries in the Global South make rapid and equitable transitions to net-zero carbon emissions through partnerships with individual countries, often referred to as “country-led platforms”. Carbon-intensive industries would be quickly shut down and clean industries created, while workers in old industries would be retrained so they could benefit from the transition.

South Africa, a coal-dominated economy, signed the first such agreement last year. The UK, France, Germany, US and EU agreed to provide it with initial concessional funding of $8.5 billion, with the expectation that much more private capital would flow in. South Africa has also announced a 2050 net zero target, making it one of the few major emerging markets to have such an early target (China and India, for example, have set 2060 targets and 2070, respectively).

Rich countries, especially the United States, will also have to do much more to reduce their own emissions. But a rapid transformation of the Global South will make a big contribution to the overall goal, because Africa, India and other parts of the developing world will not need to follow the West and China on the dirty path to growth.

An ambitious G7 plan could even trigger a virtuous circle that would push China to decarbonize. If Beijing wishes to stay in the game of providing infrastructure to developing countries, it can respond by further “greening” the coal, steel and concrete-intensive BRI. The result would be a competition between the West and China to green the Global South.

At the very least, the plan can help the West pressure Beijing to decarbonize its own export industries. After all, he cannot credibly threaten to shift away from carbon-intensive Chinese exports unless he helps create alternative green suppliers in other emerging economies.

The EU is already planning to apply “carbon tariffs” on certain carbon-intensive imports from China and elsewhere. The German government will likely use its G7 presidency to bring other countries with ambitious net-zero plans into a “carbon club,” which would then collectively impose tariffs on non-members.

The problem? It is easy to present tariffs as a protectionist measure that will keep countries poor, so that EU plans could backfire on countries in the South. India, Brazil and South Africa have already expressed “serious concern” (together with China) over carbon pricing.

But things would be completely different if the West first helped developing and emerging countries develop green industries. Countries that have signed partnership agreements could then be exempted from carbon tariffs. They might even start calling for the imposition of tariffs on countries like China that continue to use dirty technology.

The Ukraine crisis highlights the importance of the G7’s Green Marshall Plan. Currently, the West is paying the price for not reacting to Putin’s 2008 invasion of Georgia and Crimea in 2014. It should not make the same mistake with China, which is probably a threat to more long term.

And while it will take many years to foster green industrial revolutions in the Global South, Beijing will get the message now if the West ambitiously pushes its plan forward.

Hugo Dixon is a journalist, activist and entrepreneur. A version of this article was also published by RUSI.

The return of pre-pandemic energy consumption, threats of cyberattacks on critical infrastructure, crises across Europe, etc., have undermined hopes for a rapid energy transition. But world energy leaders are no less determined.

Image: A man on his tricycle rides past the cooling tower and chimneys of a coal-fired power plant in Beijing June 1, 2012. Photo by David Gray/REUTERS

Starting in the Midwest, finding America on the roads east