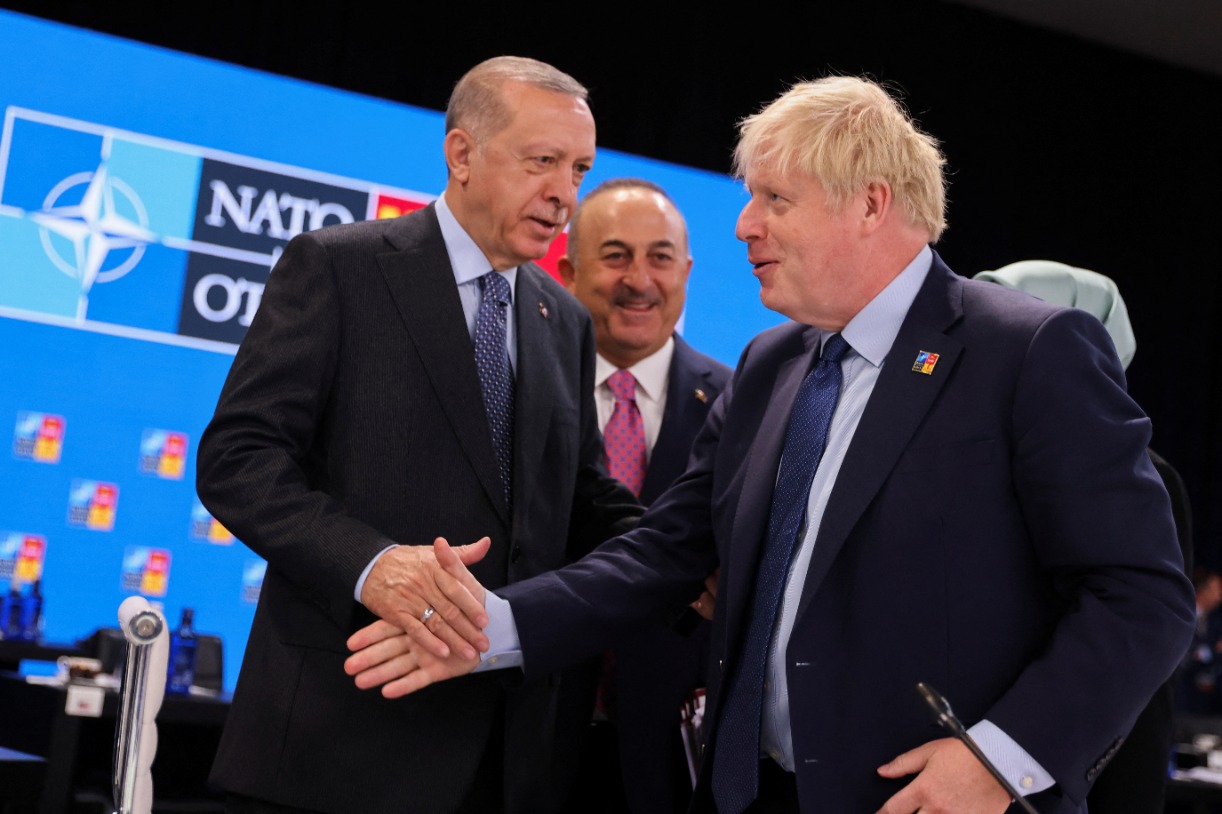 Has the era of internationalism come to an end?

Apogee epochs in recent modern history were established via global conflicts; from the transition from the age of empires to modern republics after the end of the Great War to the precipitation of the East/West divide to the fallout of the Second World War. However, the “third age” of this eternal struggle between internationalism and regionalism did not come with the barrel of a gun, but rather with the advent of a global pandemic. Now, more than ever, necessary unilateralism and proximal alliances are the methodologies for which many nation states are repositioning their countries amid disappointments in solving global problems. Previously, a stereotypical approach meant that internationalism came at the expense of regionalism or vice versa. But as we have seen with the pandemic, this is not a viable approach to take because no nation can be an international force if its internal strength is in doubt. Two of America’s strongest allies in NATO are forging a unilateral path while maintaining shared multilateral goals for the United States.

The United Kingdom and the Republic of Turkey, currently two of the most active member states of the NATO alliance with troops positioned in several continents and regions, are proof that a nation can be both a international while fulfilling its regional role (outside the European Union), in fact going further and prioritizing its neighborhood as well as member-oriented coalitions, including NATO. Bilateral relations between the UK and the Republic of Turkey, including the Turkish Armed Forces, are at their highest level since the Crimean War. This was exemplified most recently by the prepared visit for Turkey’s expected future president, former General Hulusi Akar, an accomplished veteran in achieving NATO goals and defending Turkey’s borders.

The sense of responsibility that must be exemplified by nation states that were once pan-regional empires is maintained today, whether it is the distribution of British and Turkish goods and services in Africa, cooperation in infrastructure across the Mediterranean and direct military assistance to those in need on several continents. The former empires retain their influence beyond their borders and maintain their historical prowess abroad while being fully integrated in their own region and not in the European Union, whose key infrastructures have been penetrated by the People’s Republic of China (PRC) – as the port of Piraeus in Greece, as well as the PRC being their main trading partner. The European Union’s focus on the PRC, their largest trading partner as a trading bloc as a whole, underscores the need for independent NATO powers such as the Republic of Turkey and the United Kingdom to curb more threats to the defense of Atlanticism from both the Russian Federation and the PRC. The resurgence of operational capability via the MoD Integrated Review shows the clear steps needed for the UK Armed Forces to take to complement the UK’s military prowess and further imbue the nation’s strength in areas such as the Mediterranean.

Mediterranean states, bound by heritage from the Romans to the Ottomans, have long sought to unify under the banner of a compilation of shared culture, mutual defense goals, and cooperative economic interests. As the pandemic puts an end to internationalism, regionalism will replace it in both balance and form. The best example of this transformation can be found in the Mediterranean, where the United States, acting as “kingmakers”, has joined forces with the Republic of Turkey and the United Kingdom alongside the State of Israel by through mutual defense pacts (prefaces illustrated in the joint security and intelligence operations carried out recently in Istanbul), a MEDCOM centered on the region itself, and in tandem with energy security partnerships, will bring a new era to the Mare Nostrum.

As evidenced by the outcry of the Ukrainian people and their efforts to defend their homeland, only the internal power of the nation-state combined with regional alliances is in itself a capable deterrent to those who seek to usurp its sovereignty. Indeed, the fact that calls for help from Ukraine have gone largely unanswered, as the Ukrainian parliament regularly asserts, and the widespread disappointment with European indifference to the “circumvention” of the ruble sanction (the secret storage of rubles by European nations), have left the Ukrainian people reconsidering what it means to defend themselves in a region where an aggressor prowls daily. The Republic of Turkey and the United Kingdom, having found themselves well balanced in their regional identity and actively providing Ukraine, alongside the United States, with defensive capabilities through the deployment of Turkish Bayraktar drones and British Brimstone missiles , underscore the advantages in terms of operational capability when moving independently at the behest of potentially heavy international machinations.

Preparations for a new GLADIO “stay back” approach, in which friendly resistance units are pre-positioned on a country’s own territory to repel possible adverse infiltration or invasion, in collaboration with the United States, are crucial. to secure structures that provided stability during the Cold War. Established in unison with local power brokers, these operations can ensure that the governments of NATO countries (or other countries on the periphery as well) are protected against the penetration of Russian Federation assets and of the Chinese PRC. Mechanisms built through civil-military cooperation would also seek to restore Atlanticist values ​​as needed through direct mechanisms such as the use of NATO-aligned local command structures as well as indirect methods aimed at curbing the influence of Russian Federation and/or Chinese People’s Congress. Republic in the private sector.

As Atatürk, the founding father of the Turks coined it, “Peace at home, peace in the world” is still embodied to this day by the Turkish Republic, which is approaching its centenary, which will take place next year in 2023. A nation confident enough to engage internationally without sacrificing its idiosyncratic identity, whether in its own region or at home, has emerged: Turkish armed forces are active on the borders from Libya to Azerbaijan, from North Africa to the Middle East and, above all, from the Balkans to the Mediterranean. It now opposes the Russian Federation and the interests of the PRC via direct and indirect military deployment abroad, which makes it an inescapable power in NATO.

Likewise, as the United Kingdom moves towards a new leadership and eyes turn to the aisles of the Houses of Parliament via the deliberations of the 1922 Committee, the two major parties still seem distant from the centripetal forces that have enabled their continuity. modern. This atmosphere highlights the drift of Thatcherism towards the Conservative Party according to the recent tax measures taken and the Labor Party having moved away from the tenants of Attlee where “the nation before the ideology” is a withering doctrine. This is not a new phenomenon. In fact, during the 1950s, the Conservatives and Labor held very similar views on the economy, focusing on a planned economy while differing almost exclusively on social values. British military capability, however, is well placed to continue to protect crucial sea routes and allow the “rules-based established order” to thrive. Therefore, any new Prime Minister will certainly capitalize on the UK’s naval strength, whether in negotiations or in conflict.

A nation can only be a global player if it fulfills its responsibilities both at home and nearby. As such, the peoples of the modern Republic of Turkey and the United Kingdom rightly stand at the “buttresses” of a necessary unilateralism that could be the real catalyst for a revitalized multilateralism based on the ability to achieve global goals without compromising national interests, even within close and international alliances.

Alp Sevimlisoy is the Turkish-British CEO of his flagship private asset management and hedge fund firm headquartered in Istanbul, and a Millennium Fellow at the Atlantic Council headquartered in Washington, DC.

Peter Woodard is a Canadian-British executive with a geopolitical focus on moving parts within NATO and the potential for an expanded role in the region.

Biden’s Middle East Tour: A Parody of US Foreign Policy