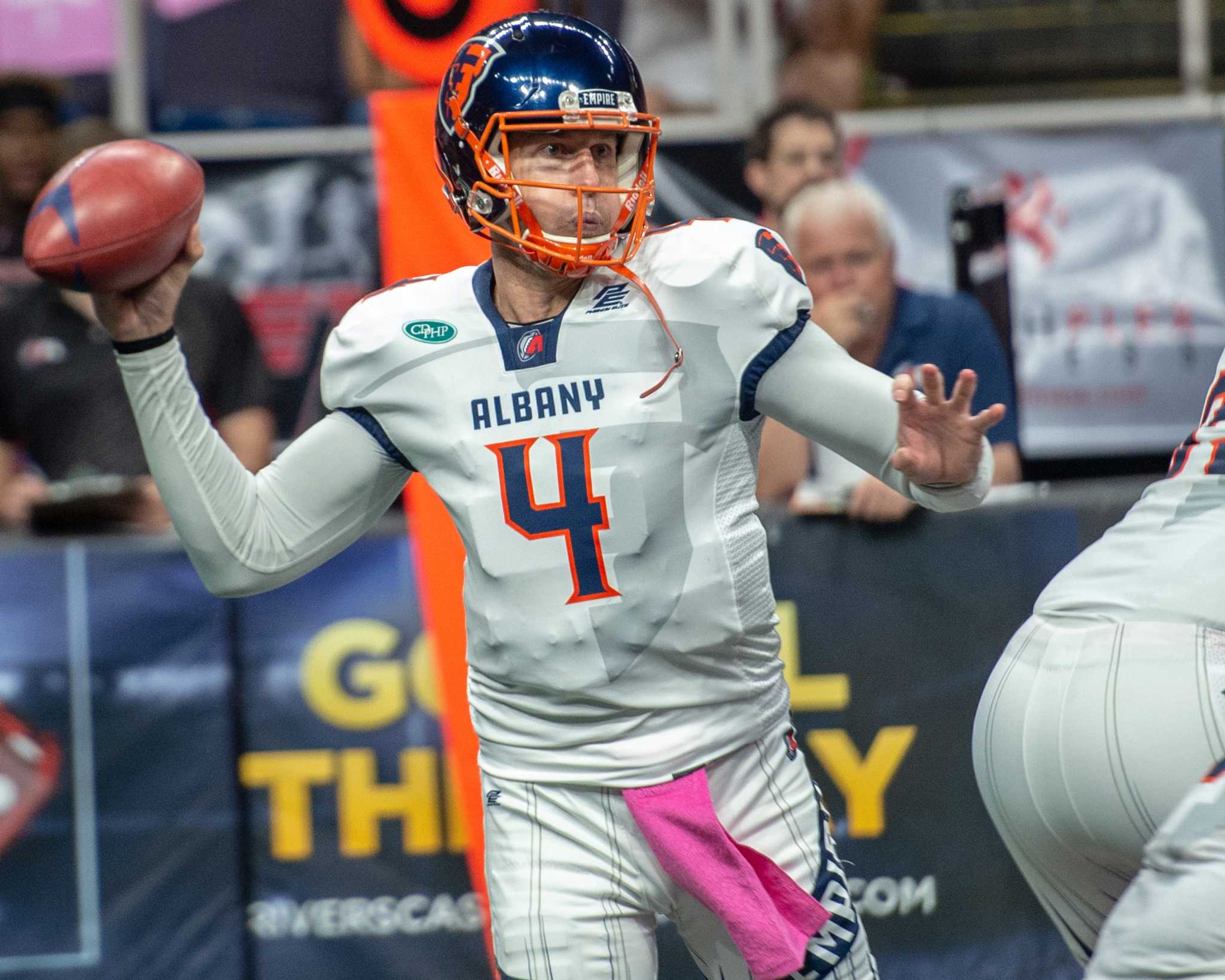 Tommy Grady is the quarterback who led the Empire from Albany to the Arena Football League championship last season before the league folded.

These days, his throwing is limited to kids in his neighborhood in Clifton Park, as well as the lessons he gives to aspiring middle and high school passers-by.

During the coronavirus pandemic, Grady is working from home in her day job as a mortgage loan officer.

“It’s taking off right now,” he said Thursday. “Everyone is refinancing.”

At 35, Grady looks like a man ready to put professional football behind him. Except for one thing: arena football could return to the Times Union Center as soon as next year, a proposition that Grady is interested in playing again.

News broke Wednesday that the Times Union Center had submitted a lease proposal to the Orlando Predators of the National Arena League, whose owner is interested in starting a second franchise that would play in Albany. The parties have yet to reach an agreement.

“I would love to play,” Grady said. “A lot of things should line up, but I would really like to play a few more years. But we’ll see how it works. We’ll see if that happens first. I’m not sure if they’re allowed to play at a game with all these (COVID-19) things happening in the country.”

Tridico and Keefe did not return messages Thursday.

“He knows more than me,” Grady said. “He said he’s looking into it and weighing his options, but it’s definitely something he’s interested in.”

Grady said he has no doubt that if Keefe becomes the head coach of a new Albany team, he will try to bring together the players who won a championship last year.

“He’s definitely going to bring everyone together,” Grady said.

They might even have the same name. Tridico left open the option of calling the team the Empire or the Firebirds, the two franchises that played in Albany.

“It’s the perfect market for arena football,” Grady said. “I hope it comes back and I hope everyone supports it like they did for our team.”

Grady, a Utah alumnus, moved his family from Jacksonville, Florida two years ago when he signed with Empire. He is married and has an 8 year old daughter and a 3 year old son. Although he and his wife loved the Florida weather, Grady said they were happy in the capital area and enjoyed the two seasons he played to passionate crowds at the TU Center.

He threw for 149 touchdowns and just 16 interceptions in those two years and led the Empire to a 45-27 win over Philadelphia in the Finals last August.

Then the league closed in November after filing for Chapter 7 bankruptcy, facing a lawsuit from one of its insurers.

“I’ve seen a lot of things happen in the league, but personally I thought it was the strongest league I’ve been here, and I’ve been here for 12 years,” Grady said. “So I was very, very surprised, as were our owners… Everything was perfect with this organization. Everyone was just shocked. We couldn’t believe it.

Grady played in the NAL with the Jacksonville Sharks in 2017 before joining Empire. He said the caliber of play was not comparable to the AFL, but should improve if and when he arrives in Albany.

If that happens, Grady could be back on the football field this spring and summer.

“I had no intention of (playing again) when our team folded,” Grady said. “We bought a house here and I kind of closed that window and I’m 35 so if it all falls into place it’s obviously a possibility. I can’t wait to see what they’re up to. To do. “