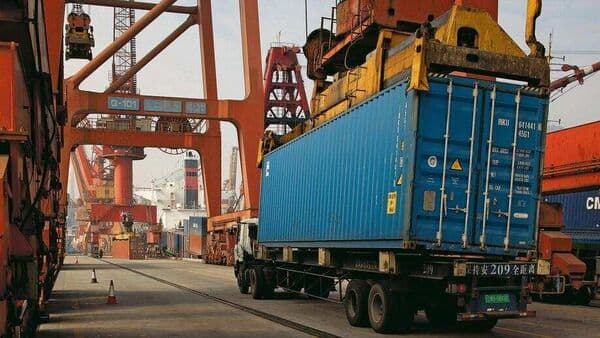 India’s latest export data would delight trend watchers. Outbound shipments in May were up 15.5% from last year’s figure. While a less exciting rise than April’s over 30% increase, cumulatively for the first two months of 2022-23 exports were up over 22%. On this optimistic momentum, we could see another year of robust exports, breaking the record of $418 billion set in 2021-22, itself a jump from the previous peak reached in 2018-19. The effects of Covid have been put in the past and India’s efforts to attract global supply chains could help keep the tilt going. But we also have high oil prices to thank for this year’s data, at least in part, since petroleum products accounted for a large portion of our overseas sales. They increased by more than 52% in May, making it our second largest export category. But therein lies a blow. While boiling oil brought gains, more expensive oil inflated the sector’s import bill even further, by 91%. Overall, our trade deficit – or the excess of what is paid for imports over export earnings – widened to its widest gap of $23.3 billion. The pressure on this front is not expected to ease any time soon.

Dependence on oil has always held our external imbalances under its yoke, but the current shock is particularly violent. World price levels have increased by around 55% this year. With the Russian-Ukrainian war now dragging on for 100 days with no end in sight and Europe poised to choke off most of its Russian input, we cannot count on a short-term cooling. Cheaper oil from Russia, meanwhile, faces logistical and insurance charges that wipe out some of its savings. Add to that the impact of climate action, which could see OPEC take a tighter grip as non-Opec production slows, and the scenario points to ballooning bills for months to come. Overall, energy costs are rising globally. Coal imports soared 167% in May to fuel power shortage; the internal supply of the substantia nigra is low and our appetite for it is growing. India’s trade deficit can therefore be expected to widen and the rupee to weaken as dollar demand prevails. Capital markets have already seen a sell-off by foreign investors, whose exit via the conversion of the rupee into greenbacks has driven its value down. Rising US interest rates and the erosion of the rupee due to local inflation could see even more money drawn out of India. In a world disrupted by war, “safe haven” assets attract investors.

Should the Reserve Bank of India (RBI) react? And if yes, how ? Its usual practice is to buy and sell dollars to contain volatility, but otherwise let the exchange rate float. Its war reserve hoard, which has recently fluctuated around $600 billion, remains large enough to keep an external crisis at bay. RBI’s priority at this point, however, is controlling inflation. If it lengthens its external stability horizon and chooses to treat the current peak oil as transitory, it could strategically choose to support the rupiah for the benefit of internal price stability. Selling dollars would reduce domestic liquidity and also ease the bloat in oil bills. Given the predicament we find ourselves in and changing views on currency floats, a brief period of special support is unlikely to attract US censure. However, this can only work as a calculated bet on a major export push at the other end of this “bridge”. And we can only count on such a boost if the Center is confident that its use of public funds for manufacturing incentives will soon be repaid in foreign revenue as we join global supply chains. As global trade is expected to slow down this year, we will need to speed up transactions and seize every opportunity. Let’s keep the option of a rupee bridge open.