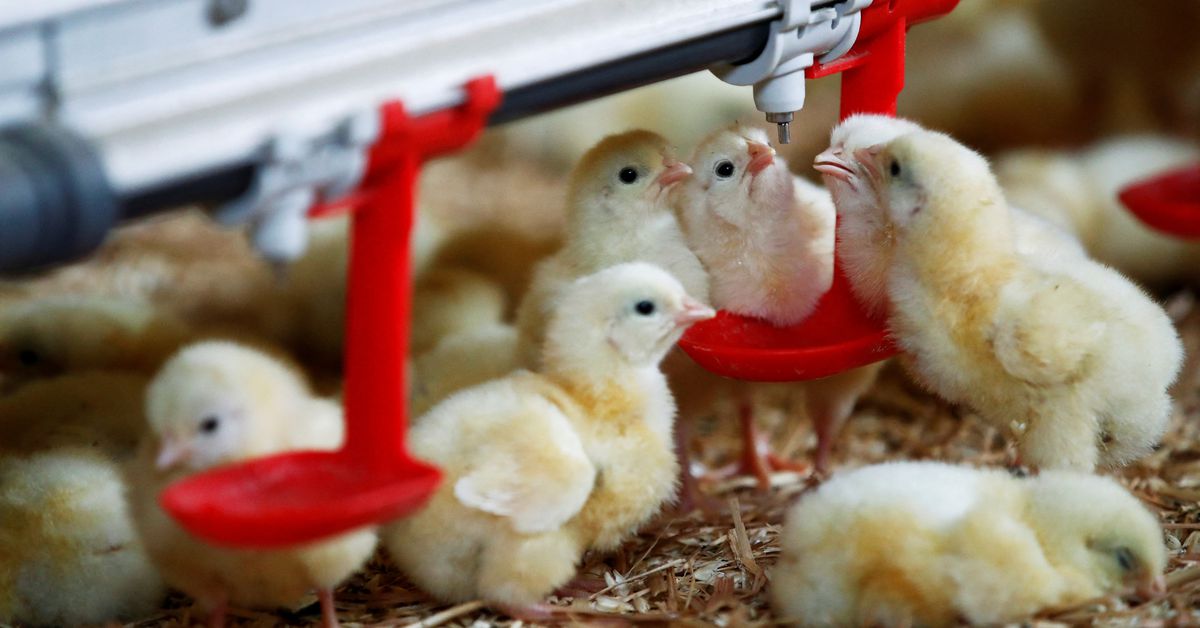 European imports of Ukrainian chicken soar after lifting of quotas, according to a French group

PARIS, Sept 7 (Reuters) – The lifting of European Union tariffs on Ukrainian products has led to a surge in poultry imports that has benefited a single company rather than Ukrainian farmers, manufacturers said on Wednesday. French Poultry, asking that the temporary move not be renewed.

In June, the EU temporarily lifted tariffs to help the war-torn country and suspended quotas for Ukrainian agricultural products, including one for 70,000 tonnes of Ukrainian poultry a year.

Ukraine’s chicken imports into the EU jumped 54% year-on-year in the second quarter to around 52,000 tonnes, French poultry group Anvol said on Wednesday, forecasting a total volume for 2022 of between 130,000 and 180,000 tonnes.

In France alone, the increase in the second quarter was 181%.

The heightened import competition comes as the sector is already suffering from soaring costs due to high grain prices and soaring energy prices.

“We got screwed,” Anvol vice-president Gilles Huttepain told reporters. “We agree to help Ukrainian farmers, but we don’t want to help just one company.”

Huttepain was referring to MHP, by far Ukraine’s largest poultry meat producer and exporter and the country’s largest food producer.

MHP’s operations are vertically integrated – from the production of feed grains and forage to hatching, processing and selling eggs, it says on its website.

In June, the chicken and grain processor said its poultry production capacity had been reduced to 80-85% of normal levels due to the conflict and it could not give a financial outlook for the year.

The increase in Ukrainian chicken exports to the EU is also linked to a drop in shipments to the Middle East due to the halt in maritime traffic on the Black Sea, the French group said.

Chicken imports into France were further boosted by a drop in local production after producers had to cull more than 19 million birds in the country’s worst bird flu crisis and stiff competition from cheaper sources. Imports from Brazil rose 122% in the second quarter, they said.

A Ukrainian chicken breast is sold for almost half the price of a French one, Anvol said.

EU customs exemptions on Ukrainian products are only valid for one year and the European Commission has said it reserves the right to impose additional duties in the event of damage to products from European producers.

MHP did not immediately respond to a request for comment from Reuters.