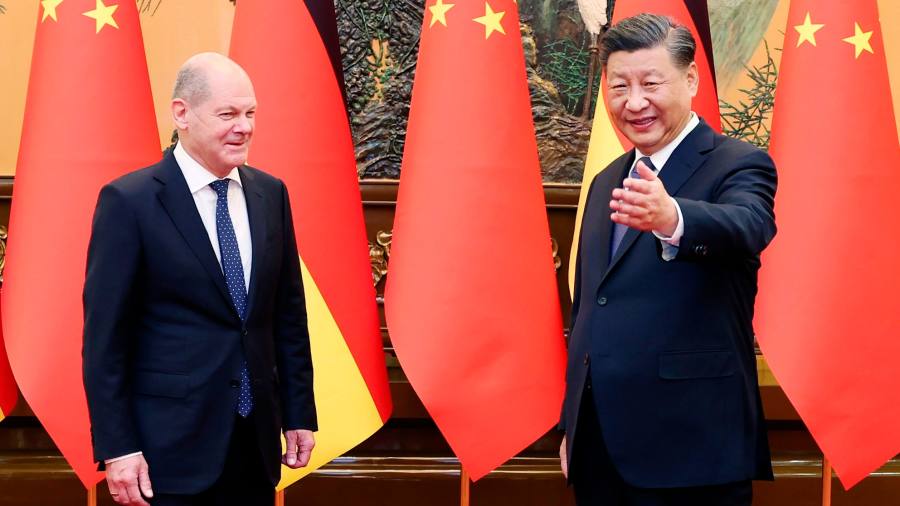 Despite all the jokes about being a protectionist bloc, the EU has long been an important force for deepening international trade. The cross-border integration of the economies of its own members is the deepest in history. Internationally, it is the most open economic region. Trade, along with competition, is the bloc’s most successful policy area.

It did this by giving bargaining power to an executive — the European Commission — as free from national interests as possible, and by isolating trade policy from non-trade considerations. But this very success means that the EU is all the more challenged by a world where this isolation is no longer possible.

Hardly a day goes by without an illustration of how trade relations are entangled in conflicts of values ​​and geopolitics. The EU has recognized that a narrowly commercial trade agenda can undermine its priorities, and has also belatedly discovered the power of a large and open market.

The strong sanctions against Russia and the incorporation of climate and social clauses in trade agreements show that Europe can, when it wants, use this power to shape the world around it. But what is still missing is a constant will and a united strategy to achieve it.

Take the friction over the US Inflation Reduction Act. This bill involves a subsidy to buyers of electric vehicles, but only those made in North America. The EU cried foul, which led to the extraordinary decision of two jurisdictions to set up a working group to examine a piece of national legislation in one of them.

The EU risks protesting too much. Although the US subsidy is discriminatory in its form, its economic effect may not be very different from EU subsidies to battery producers.

Europe’s greatest interest lies in strengthening and locking in the late US commitment to the decarbonization technologies that the IRA represents. By setting the stage for its own introduction of border carbon tariffs, the EU should coax the US into the same principle of linking market access to climate change policies. This could encourage Washington to move forward with, and go beyond, its interest in “lean” carbon adjustments for steel.

It is in this context that German Chancellor Olaf Scholz visited China last week, accompanied by a trade delegation. The question the trip raises elsewhere in Europe is whether Germany has learned to distinguish its own narrow commercial interests from Europe’s broader strategic interests.

Vladimir Putin’s attack on Ukraine means that the mistake of Germany’s reliance on Russian gas is now glaringly obvious. Its dependence on China is no less real, but less well understood. Ten years ago, only Chinese demand for German goods reconciled the three German desiderata of reducing current account deficits in the eurozone periphery, maintaining Germany’s surplus and recovering from the global financial crisis through export-led growth. One could rightly say that China saved Berlin from the contradictions of its own European policy.

No wonder, then, that Scholz does not support “decoupling” from China. At the same time, he recognizes strategic imperatives, promising to “dismantle unilateral dependencies”. It is a step forward, and would help the German Chancellor catch up with her constituents, half of whom already believe the country should reduce economic cooperation with China, while two-thirds reject economic interests that take precedence over human rights. the man.

Other European leaders are also more keen to think strategically. French President Emmanuel Macron reportedly wanted a subsequent joint visit to Beijing by the two leaders. But Paris also often fails to promote a trade policy that advances the EU’s common strategic interest rather than its own national concerns.

The trade deal with the South American bloc Mercosur has languished largely because of French reservations. The election of Luiz Inácio Lula da Silva as President of Brazil creates an opportunity to complete the agreement with strong and enforceable commitments on climate change. If Macron really wants the EU to be a player on the world stage, here is a chance for him to create the missing political commitment on all sides.

The EU can no longer trade in isolation from strategic imperatives. Nor should the end of strategic naivety be an excuse for withdrawal. Europe must transcend this old dichotomy and adopt the rather non-European approach of using trade policy to pursue political goals.

Lessons from the Midterms – The American Perspective