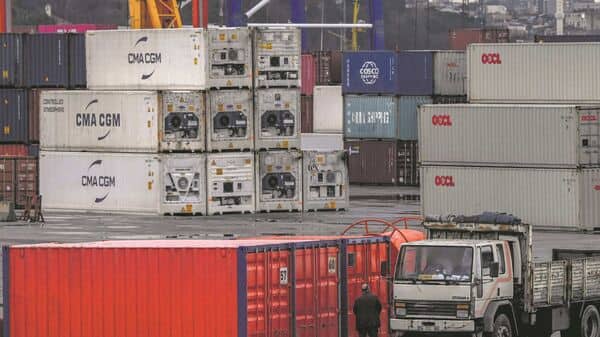 Deciphering India’s tariff and trade policy has become increasingly difficult for trade experts. Conventional trade theories say that liberalizing trade by reducing tariffs would lead to greater market integration with the global economy. Yet over the years, India seems to have increased import duties for certain products. According to the World Trade Organization (WTO) tariff profile for 2021, India has one of the highest average tariffs of 15% in the Asia-Pacific region.

What India wants to be and how: Union budget for 2022-23 speaks of an ‘Amrit Kaal’, or a vision for India in 2047, when the country is set to become the third largest economy of the world. The government wants to boost ‘Make in India’, reduce dependence on imports and promote exports. To achieve this, the previous budget focused on Production Linked Incentive (PLI) programs to expand domestic manufacturing. Efforts have been made to reduce reverse duties in sectors like medical devices, which were hampering manufacturing in India. Over 75% of India’s demand for medical devices is met by imports and numerous studies have confirmed that higher import duties on raw materials/intermediates than on finished medical devices hamper domestic production. Stakeholder consultations organized by the Indian Council for Research on International Economic Relations (ICRIER) on stand-alone tariffs versus trade agreements, covering more than 30 industries, confirmed that most of the issues related to reverse tariffs have been addressed. resolved. Problems remain in certain sectors such as alcoholic beverages, where final and intermediate products are subject to duties and taxes of around 150% in total, which is of concern to both India’s trading partners and the domestic industry. . While the industry expected this issue to be addressed in the recent budget, the government may use it as a negotiating tool in its ongoing trade negotiations. The resolution of the problem of reverse duties over the past two years has led to the rationalization of customs exemptions, the imposition of new tariffs and the reduction of tariffs for certain products. In certain sectors such as electronics, this has given positive results. India, for example, has started manufacturing smartphones.

What other countries are doing: High tariffs are not uncommon in South Asia. The average MFN tariffs of Bhutan (22.1%), Bangladesh (14%), Nepal (12.2%) and Pakistan (12.1%) are all high, but these countries are not yet well integrated to global value chains. Unlike them, India’s free trade agreement (FTA) partners like the Republic of Korea (ROK, 13.6%) and Thailand (10.2%) also have fairly average stand-alone tariffs. high, compared to countries such as Australia (2.4%) and New Zealand (1.9%). Interestingly, the Republic of Korea and Thailand have both been able to develop domestic manufacturing capabilities and integrate well into global supply chains through their trade agreements. India can look to the models of Thailand and the Republic of Korea when designing its policies.

Lessons from previous agreements: India’s Comprehensive Economic Partnership Agreement (CEPA) with the Republic of Korea has been a key learning experience in the context of domestic value addition. Take the example of zinc. According to the United States Geological Survey (2020), India was the fifth largest zinc producer, with a 5.67% share of global zinc mining in 2019, after China, Peru, Australia and the United States, while the ROK did not make the top 10. (0.35% share). Yet, after its trade agreements with India, Australia, China and the United States, the Republic of Korea has become the world’s largest exporter of zinc, with 10.5% of global exports in 2020. This year- there, India was the world’s sixth largest exporter of zinc, with a 5% share, and there was no change in its global ranking in the decade to 2020. After the India-Korea CEPA, India’s imports from the Republic of Korea increased from 9.1% in 2010-11 to over 50% in 2020-21. In 2010-2011, India had a trade surplus with the Republic of Korea of ​​$124.64 million, but in 2020-2021 it had a deficit of $181.23 million. Clever negotiations on rules of origin and improved domestic value addition by the ROK, which more than doubled its smelting facilities, took Indian industry and policy makers by surprise. At the same time, India is trying to learn from the experience of the Republic of Korea by using high tariffs and trade deals as a tool to boost exports.

Recent trade deals and the way forward: India’s past trade deals were mostly geostrategic, but New Delhi is now focusing on better market access in key export destinations. After pulling out of the regional mega-deal, the Regional Comprehensive Economic Partnership (RCEP), and implementing several measures to restrict imports from China, India quickly struck a deal with its transshipment hub, the United Arab Emirates. Sectors such as gemstones, jewelery and engineering already see it as a key export promotion deal. An early harvest pact is on the cards with Australia, which is a key partner in supply chain initiatives with Japan, which shares similar concerns about overreliance on China. The first round of negotiations with the United Kingdom, with which India has a positive trade balance for goods and services, was completed in January 2022. And India has restarted trade negotiations with the EU. In terms of selecting export destinations as trade deal partners, India seems to have followed the right strategy. It would have been perfect if trade talks could be launched with the United States, but Washington is the toughest trade negotiator in the world and it is better to have domestic policy regimes in place for areas like data sharing prior to such negotiations.

India is also trying to file a complaint with the WTO over its domestic subsidy/incentive scheme. Considerable impetus has been given to improving quality, standardizing products, and developing infrastructure and logistics, in order to reduce costs and improve our export competitiveness. In this whole process of restructuring, some industries will win and others will lose. But overall, there appears to be an alignment of trade and national policies and an effort to use high tariffs as a tool to: (a) facilitate investment in domestic manufacturing; and (b) negotiate better market access in trade agreements through reciprocal tariff reductions and also in areas such as regulatory compliance and mutual recognition of technical standards. The next two years will be crucial in understanding whether India can replicate the success of countries like the Republic of Korea and Vietnam.

These are the personal opinions of the author.

Bangladesh and Australia wish to strengthen trade and economic cooperation