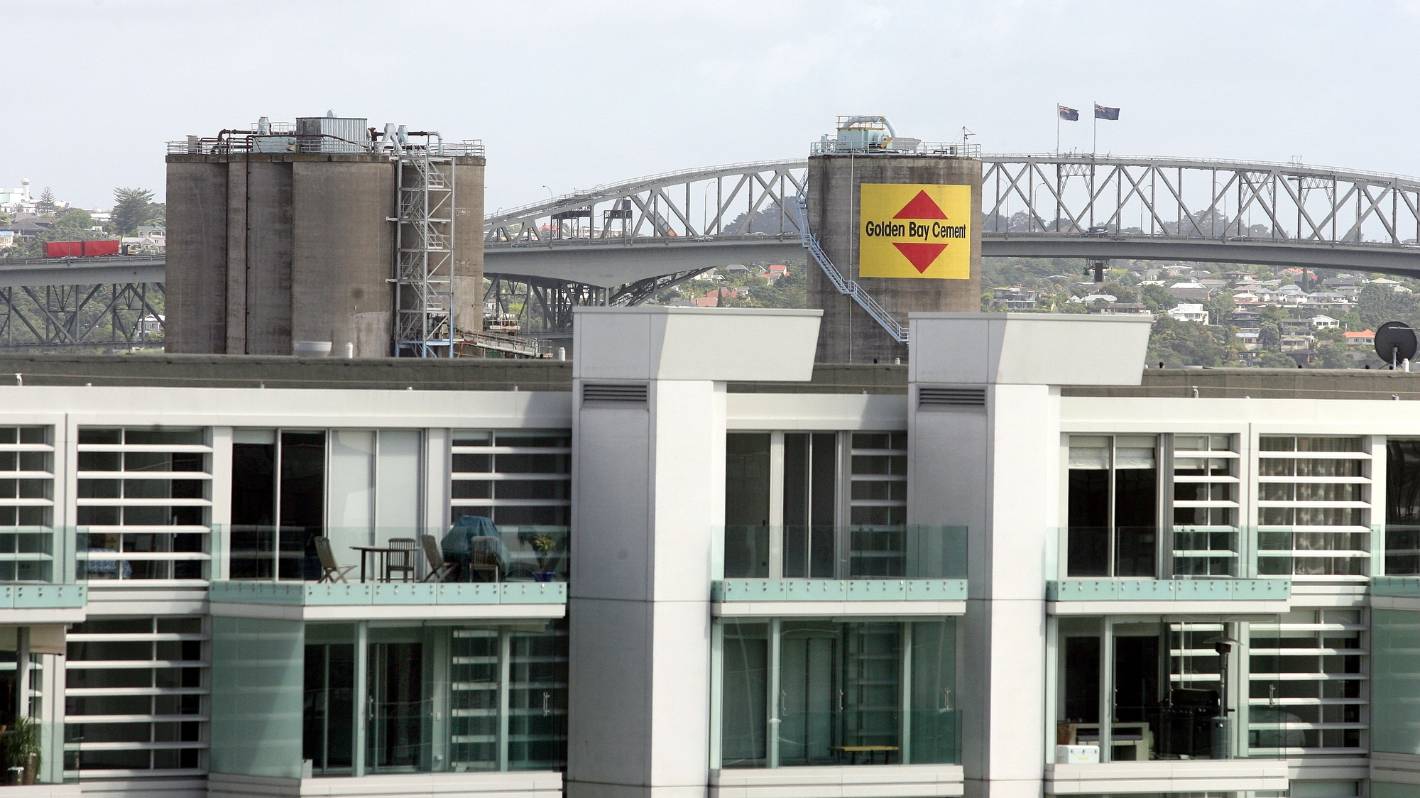 Have you ever wondered what goes on behind the scenes? In this column, senior economics reporter Tom Pullar-Strecker details some of the decisions being made behind the scenes that might normally go unreported, but can have a big impact on the economy as a whole.

No, it’s a ‘Carbon Border Adjustment Mechanism’, or CBAM for short, and its first superpower could be to drive up the price of imported cement.

But if and when it hits the scene, expect National to quickly label it a “concrete tax,” no matter what.

To understand what I am talking about, it is necessary to have a basic idea of ​​emissions trading systems.

READ MORE:
* How the “zero carbon” claim could change for businesses
* How big polluters profit from outdated government calculations
* The border carbon tax that could affect New Zealand exports

But what if a company that buys carbon credits is competing against a competitor in a country that is dragging its feet on climate change and is not obligated to buy credits?

The risk is not only of having an uneven playing field, but also that emissions-intensive companies will be pushed towards countries with the most flexible climate policies, thus undermining any interest in an ETS.

So far, the government has managed this risk by offering large amounts of free carbon credits to companies that operate in “emissions-intensive and trade-exposed” industries.

Businesses that benefit from free “industrial allowances” of carbon credits include the country’s steel smelter, sawmills and horticultural businesses that rely on coal-fired boilers to heat the greenhouses in which to grow fruits and vegetables.

The European Union is taking a different approach to dealing with the risk that in trying to reduce its own emissions it is simply sending industries overseas.

It is preparing to impose what is effectively a tax or tariff – the aforementioned CBAM – on products imported from countries that lack effective carbon reduction policies.

But amendments introduced in May could see this expanded to include a wider range of chemicals and materials, including plastics and hydrogen.

A concern for New Zealand businesses could be if the EU felt that industrial polluters receiving free carbon credits here were getting an unfair advantage over their EU counterparts, in which case they could end up on the wrong side of the CBAM. of the EU.

The EU could also eventually extend its CBAM proposal to agricultural products and take a dim view of the exclusions that exist for this sector in New Zealand under the ETS.

Vangelis Vitalis, assistant secretary in the Department of Foreign Affairs and Trade, told ministers last year that some EU farmers had raised the possibility of the EU CBAM applying to agricultural imports.

Although he said in a document released under the Official Information Act that it was “unlikely in the near future”.

The obvious course of action for the government might seem to be to end the free allocation of carbon credits to domestic producers and impose its own CBAM to protect them from unfair foreign competition.

But while that’s the result, it’s not an approach that seems to favor most New Zealand issuers.

In jurisdictions where carbon emitters compete primarily with the threat of cheap imports, such as the EU, imposing a tax or tariff on such imports is the attractive option.

But in countries like New Zealand where high-emitting companies more often export their products to other countries, these tariffs are expected to have little benefit and the current approach of offering credits is more likely to serve better. their business interests.

There is a chance that CBAMs will not spread.

Emily Benson, a fellow at the Center for Strategic and International Studies in Washington, says it’s unclear whether they could be considered illegal protectionist measures by the World Trade Organization.

It could come down to the difficult question of whether an iron beam produced in a high-emission economy could be considered an “equivalent product” to a product produced under an ETS regime.

Benson also questions whether CBAMs will have the desired effect of bolstering emissions reduction policies if they ignore the carbon footprint of a country’s individual producers.

“The EU CBAM relies on industry averages to calculate the relative ‘greenness’ of certain industries, which it says will ‘not adequately capture company-specific decarbonisation efforts’.

The New Zealand government appears to be hedging its bets by cautiously preparing its own limited CBAM while keeping a close eye on developments in the EU.

The Inland Revenue plans to hold talks with representatives of the cement industry over the next few weeks to see how a CBAM scheme might work in this industry, with the idea of ​​using cement imports as a ” test case”.

“Our intention is to undertake such an analysis in the second half of 2022 alongside the Treasury. This analysis will not be limited to the merits of a CBAM, but will consider a range of options available to combat emissions leakage,” said an Inland Revenue spokesman.

The Inland Revenue and Treasury intend to report back to Cabinet towards the end of this year on the options, she said, adding that the government is “closely monitoring international developments, including within the EU”.

By replacing concrete and steel with wood, Christchurch’s Clearwater Quays apartments will store carbon, not create it (video first published in 2021).

Cement seems to have been chosen as a test case for a CBAM partly because of its simplicity.

“Carbon border adjustments, in conjunction with other existing mechanisms, are important instruments that need to be explored to ensure the integrity of the ETS and that emissions ‘leakage’ is minimized.”

GBC has invested around $200 million over the past 20 years in its Portland, Whangarei plant, Welsh adds.

“This has allowed us to develop an internationally competitive cement manufacturing plant and produce cement with 20% lower carbon content than imported cement.

The accompaniment of Golden Bay Cement in the form of a CBAM is not yet concrete, but it is clearly in the mix.