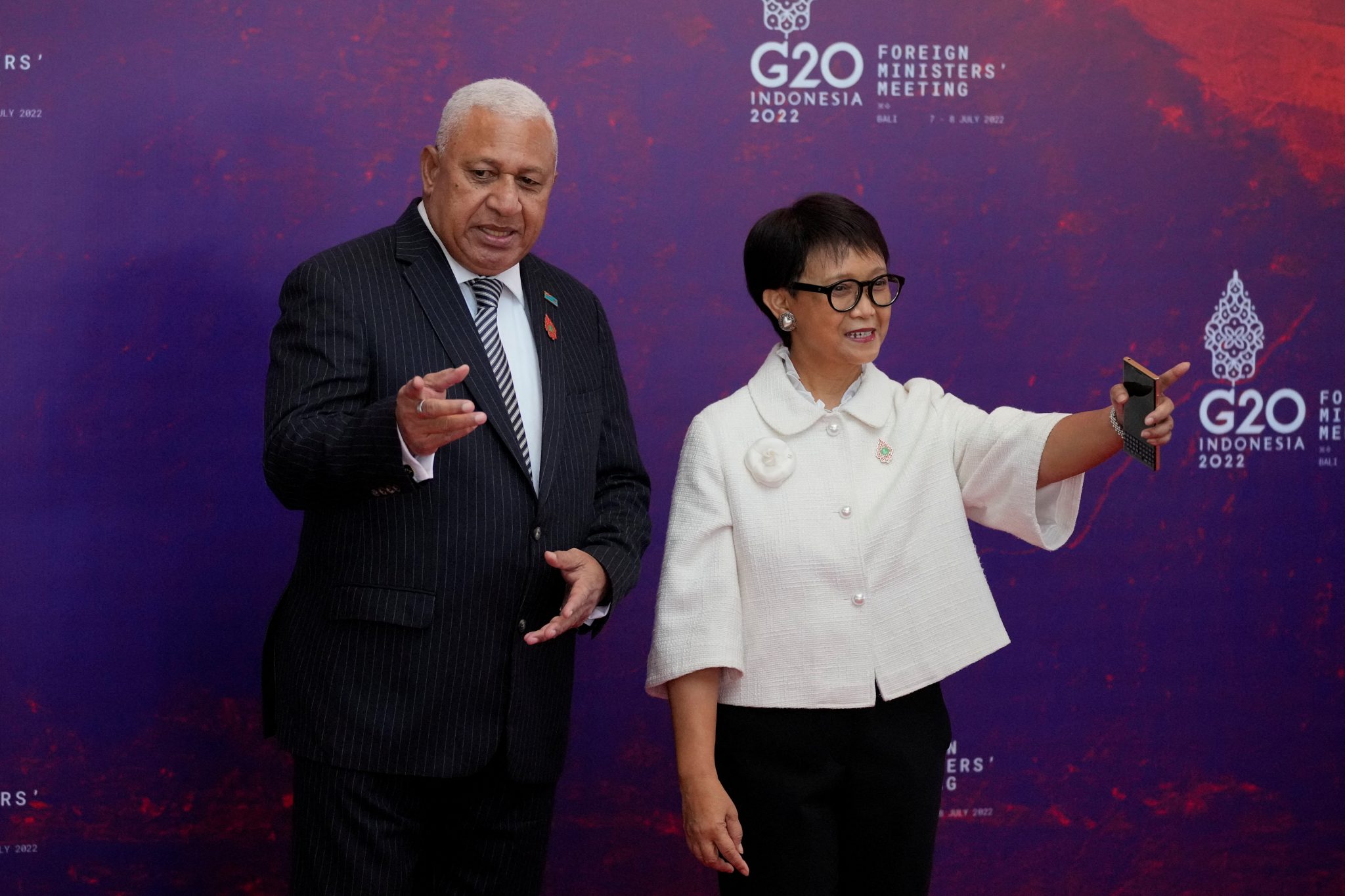 Can regionalism contain geopolitical competition in the South Pacific?

Name the region: a group of internally diverse states, located across strategically important sea passages, whose cultures and political systems have been deeply shaped by colonialism and conflict, and who now seek to overcome the chronic challenges of development in partnership with the major economic powers while avoiding becoming pawns in their geopolitical competition.

If you guessed “the Pacific” or “Southeast Asia,” well, you’re probably right.

Anna Powles and Joanne Wallis highlight some parallels between the South Pacific and Southeast Asian regions in our lead article this week. At the recent Pacific Islands Forum in Fiji, they are exploring opportunities to anchor the momentum of the Pacific and its key stakeholders in strengthening Pacific regionalism. They propose that the members of the Forum “can be inspired by [its] Southeast Asian counterpart, ASEAN, for ideas on how to act as both a buffer and a bulwark against geopolitical rivalry”, possibly via a new platform for dialogue partners from Pacific Islands Forum to join core members in a dialogue on security issues, similar to that of the ASEAN Regional Forum.

Despite all its flaws, “ASEAN has played a significant role, despite criticism, by acting as a pivot around which stabilizes the jostling of the great powers”. Critics may scoff at the lip service given to ASEAN centrality, but ASEAN centrality has the effect of linking external stakeholders to the ASEAN modus operandi. To a large extent, rhetoric creates its own reality. But its external partners “have been slower to recognize the centrality of the Pacific Forum”, they warn.

The centrality of ASEAN comes from the fact that member states create a grouping greater than the sum of its parts and use it to manage their relations with large and powerful neighbors. Rich Singapore and greater Indonesia use ASEAN to maintain strategic political space: thanks to ASEAN, they avoid restricting their options. The organizing principles of multipolarity and multilateralism which mean equal treatment among ASEAN members and equal treatment among ASEAN states and their dialogue partners help to support intra- and extra-regional cooperation . The Pacific has much to learn from the way ASEAN organizes itself around its Treaty of Amity and Cooperation. The Rarotonga Treaty, which formalizes a nuclear-free zone in the South Pacific and prohibits the use, testing and possession of nuclear weapons in the region, is a potentially powerful framework on which to base relations with outside powers. So too is the region’s ongoing concern about the impact of climate change on the security of its peoples.

Admittedly, the building blocks of peaceful regionalism — the member states — are not as strong as in Southeast Asia. The immensity of their development challenges, well understood by regional political elites, requires engagement with external partners who can provide the infrastructure needed to revive activity in sustainable natural resource extraction and tourism, industries most likely to provide an economic boost to the region’s poorest economies. . The main external partner in this regard is undoubtedly China – and according to Powles and Wallis, “Western partners do not recognize that China is a long-standing partner in the Pacific that cannot be ignored”.

Western stakeholders now see the expansion of Chinese aid and investment as a vehicle for PRC state influence. He is. But the right answer is not to waste capital or diplomatic resources trying to dissuade Pacific nations from expanding trade and aid relations with China, which will play such an important role in building their economies. in the future. Do Western officials really seem to have the best interests of their Pacific counterparts in mind when they tell them to keep China at bay despite these economic opportunities?

The best – and probably the only – realistic option for Western stakeholders is to equip Pacific governments and civil society with the tools to ensure that individual governments’ engagement with China takes place under conditions that maximize the benefits. for Pacific economies while mitigating impacts on local communities. sovereignty and their natural environments. The relationship, one way or the other, between democracy and Chinese influence in Asia is by no means cut and dried – but the Pacific is a place where healthy democracies, if they act collectively, will be a bulwark against the excesses of Chinese investors and the behavior of state organs and where there is still a significant chance of obtaining the support and goodwill of the Chinese government to solve these problems. The best demonstration of solidarity with Pacific island societies that Australia, New Zealand, the United States or Japan can offer is to redouble our efforts to establish strong standards of governance and healthy civil societies and strong independent media across the Pacific and building local skills. and capacity through improved access to higher education and labor markets.

The other priority is to maintain respect for Pacific leadership in consolidating the norms and institutions of Pacific regionalism – even if that means accepting, as it certainly will, a role for China as a stakeholder in this process if the region so wishes. The concern, write Powles and Wallis, is that “new mechanisms such as the Partners in the Blue Pacific initiative – designed to facilitate cooperation between the US, Australia, New Zealand, UK and Japan – risk marginalizing or duplicating regional solutions”. out of a desire to exclude China from such processes.

Analogies to the Quad, which some fear undermines its members’ rhetorical commitments to ASEAN centrality, draw themselves. With Pacific regionalism still incomplete by comparison, all parties have much to learn about what to avoid as well as what to pursue from the decades-long experience of regionalism in the northwest of the Pacific. Peaceful.

The EAF Editorial Board is located at the Crawford School of Public Policy, College of Asia and the Pacific, The Australian National University.

Indian toymakers are ramping up production as demand grows; eyes on global markets