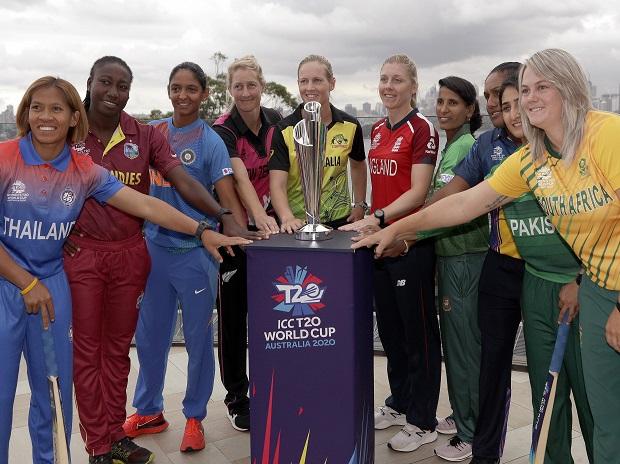 Exuberant fans bursting into thunderous cheers, Australia’s lush cricket grounds, the most popular commentators and the world’s top 10 teams competing for a T20 world title – these might all be familiar images even if you are a casual observer of the game. Now take a closer look; there’s a twist – the players donning their team jerseys here are women.

Not every cricket fan would have watched this cricket show when it took place earlier this year, before the coronavirus pandemic swept across the world and disrupted all sports. Looks like years ago, doesn’t it? But you still have a chance. A retrospective documentary on the 2020 ICC T20 Women’s World Cup, held in Australia in February-March 2020, Beyond the border brings to life some of the best crickets of recent times.

This documentary, currently airing on Netflix, is a very clever compilation of game highlights, pre and post-game interviews with players, officials, commentators, but also a few fans. But it was done very meticulously and beautifully.

We won’t give any spoilers here. Either you know and remember what happened during the tournament or you don’t. Whatever your case, you’ll find this 59-minute documentary refreshing. What makes watching this “real thing” more exciting is the presence of fans. The only live cricket action currently taking place between England and Pakistan has this key factor missing. The fan jubilation and their raw, honest emotions that you see in this documentary will definitely make you nostalgic. It will help you remember and relive the pre-coronavirus days when sports were played as they should, with fan noise reverberating around the stadium.

Beyond the border begins with the voice of Ian Bishop welcoming fans to the World Cup. Small video bytes of players from different teams make it easier for viewers into the show before the showdown. There are no stars in this documentary except for Katy Perry. It’s about the players and their performance in a highly competitive atmosphere. The most heartwarming is the Thailand squad, which are playing their first World Cup and welcoming Australia as hosts for their debut. Women in the Land of Smiles, as Thailand is called, make viewers smile every time they appear on screen. They had nothing to lose in this tournament but they brought a lot of energy and positivity.

Heather Knight, Danielle Wyatt, Alyssa Healy, Beth Mooney, Meg Lanning, Harmanpreet Kaur, Poonam Yadav, Shafali Verma all display pure class and talent in the tournament. The documentary progresses in chronological order as the tournament progresses. The stunning footage from the matches and a careful selection of clips are commendable. Credit goes to director-producer Anna Stone for putting player bytes in the right places. Sean Mulcahy’s cinematography will deserve the applause of all cricket fans. Greg Crittenden’s audio work gives you goosebumps at every critical moment in the documentary.

Rippers are caught, wagons are dropped, hat tricks are missed, quick wickets spin the games, direct hits break stumps, matches fall on the wire, a century without comparison is made, a team s’ suffocates in a very familiar way (those who know, knows), the rain is a spoiler and a world champion is crowned on International Women’s Day.

Commentators are talking about the empowerment of women and how this tournament puts women’s cricket on the sporting map of the world. Katy Perry performs on the last day of the tournament and talks about the players and their progress in the world of sport. Yet what stands out and argues for the empowerment of women is the breathtaking demonstration of the skills of 150 women from 10 teams in 14 days. Words can’t define empowerment as beautifully as a defensive player flying through the air to take a hold, or a senior player maintaining his resolve and consoling a distraught youngster after losing the final.

It all happened in two weeks, and this documentary got all that action and so much more in under an hour. In an age when there isn’t a lot of athletic action, it’s nothing less than six from a free kick. Believe me, even if you watched the whole tournament, you wouldn’t find anything stale here. And if you don’t, well, get ready for something that will make you a fan of female cricket.

And yes, after watching that, it won’t be strange when the commentator says, “She has it!”

Apps soar to save levels