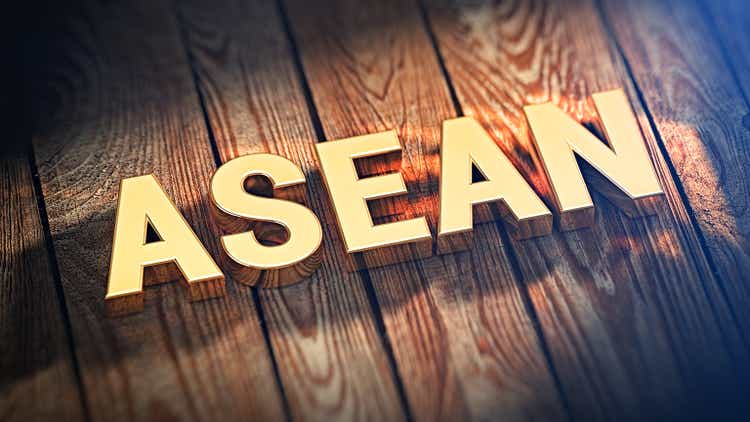 Foreign direct investment (FDI) inflows into the ASEAN region for the calendar year 2021 hit a record high of $174 billion, the record high recorded in 2019 before the pandemic.

Main Drivers of the Increase in FDI Inflows in Southeast Asia include the diversification of manufacturing supply chains by multinationals, as well as new investments to tap into ASEAN’s rapidly growing consumer markets.

Strong FDI inflows in electronics manufacturing, as well as electric vehicle-related projects, largely contributed to the high level of FDI inflows recorded in 2021.

FDI inflows into the ASEAN region have increased steadily over the past decade, although they were temporarily halted in 2020 due to the pandemic. The total annual level of FDI inflows increased from around USD 120 billion per year between 2013 and 2015 to an annual level of USD 174 billion in 2019 and 2021.

The electronics industry already accounts for a significant share of the exporting manufacturing sectors of a number of ASEAN economies, including Singapore, Malaysia, Thailand, Vietnam and the Philippines. Consequently, these countries have attracted new FDI flows in the electronics sector as multinationals attempt to expand their production capacity given the strong growth in global demand for electronics since 2020.

In the near term, FDI inflows into the ASEAN region are also expected to be supported by Southeast Asia’s resilience to the slowdown in the US and EU in 2022. Manufacturing conditions in ASEAN region improved at the fastest pace in nearly a year. in September 2022, according to the latest S&P Global PMI data. Businesses reported stronger increases in production, new orders, shopping activity and employment, while business confidence remained historically strong. The ASEAN manufacturing PMI rose from 52.3 in August to 53.5 in September, signaling an improvement in the health of ASEAN’s manufacturing sector for the twelfth consecutive month.

ASEAN manufacturing firms recorded strong and accelerating increases in production and new business at the end of the third quarter, according to data from the PMI survey. Notably, expansion rates were the fastest since production and sales returned to growth in October 2021. Surveys found that improving demand conditions and increased production schedules have led companies to increase their payroll for the third consecutive month.

This underscores the growing importance of domestic demand in the ASEAN region as an engine of growth, which has helped to mitigate the impact of weakening growth momentum in the United States and the EU. In 2020, an estimated 21% of total ASEAN merchandise trade was intra-regional trade between ASEAN countries. Intra-ASEAN investments were also the second largest source of FDI in ASEAN in 2021, amounting to around USD 21 billion.

The importance of intra-regional trade between ASEAN and other countries in the Asia-Pacific region has also become increasingly important as a driver of ASEAN exports. Notably, bilateral economic relations between China and ASEAN have developed at a very rapid pace over the past three decades. Two-way merchandise trade between mainland China and ASEAN has grown at a remarkable rate, rising from just USD 9 billion in 1991 to USD 685 billion in 2020. In 2020, ASEAN also overtook the EU to become for the first time mainland China’s largest trading partner. . From an ASEAN perspective, mainland China has already been the largest market for ASEAN exports for 12 years. In 2021, bilateral trade between China and ASEAN recorded strong growth of 19.1% y/y.

Bilateral investment ties have also strengthened considerably. China’s direct investment in ASEAN rose from about $7 billion in 2020 to $13.6 billion in 2021, according to ASEAN statistics.

In the long term, the ASEAN region is expected to continue to be one of the fastest growing regions of the world economy. ASEAN’s total GDP, measured in nominal dollars, is expected to more than double over the next decade, from USD 3 trillion in 2020 to USD 6.4 trillion by 2030. Over the next decade, the ASEAN region will be one of the top three growth engines in APAC, along with mainland China and India. The rapidly growing size of the ASEAN consumer market will become an increasingly important magnet for FDI inflows as multinationals establish manufacturing and service capabilities in Southeast Asia to tap into demand interior in the region.

Supply chain diversification is also expected to be an important factor supporting FDI inflows into ASEAN in the medium to long term. Faced with severe global supply chain disruptions in recent years due to natural disasters and more recently due to the COVID-19 pandemic, multinationals are increasingly focusing on diversifying supply chains to reduce vulnerability to such disturbances. Supply chain issues due to the Russian-Ukrainian war and the disruption of pipeline gas supplies for the EU could also strengthen the diversification of some manufacturing supply chains to the ASEAN region.

ASEAN countries will also benefit from joining the Regional Comprehensive Economic Partnership (RCEP), which is a positive regional trade liberalization initiative that will help boost trade and investment flows among the 15 countries that have agreed to ‘commercial agreement. The 15 Asia-Pacific economies that make up RCEP together account for about 29% of global GDP. RCEP members include all 10 ASEAN members, plus China, Japan, South Korea, Australia and New Zealand.

Following a significant disruption of trade flows in Asia-Pacific during 2018-2021 due to the US-China trade war and the impact of the pandemic, the implementation of RCEP will help to further reduce barriers to regional trade flows in the Asia-Pacific region over the medium to long term. RCEP also creates a framework for trade liberalization that can be developed and strengthened through new rounds of trade negotiations, including the potential joining of other nations in the RCEP agreement.

Although tariff liberalization has already made significant progress among RCEP’s 15 members over the past decade through an extensive network of FTAs, RCEP will further reduce tariff barriers. RCEP’s scope includes reducing tariffs on trade in goods, as well as creating better rules for trade in services, including market access provisions for suppliers in the services sector. services from other RCEP countries. The RCEP agreement will also reduce non-tariff barriers to trade between member countries, such as customs and quarantine procedures as well as technical standards.

An important advantage of RCEP is its very favorable treatment of rules of origin, which provides cumulative benefits that will help build manufacturing supply chains in the RCEP region in different countries. This will help attract foreign direct investment flows for a wide range of manufacturing and infrastructure projects in RCEP member countries. A number of RCEP member countries with strong manufacturing hubs are well positioned to benefit from increased foreign direct investment flows into the APAC region due to the benefits of RCEP’s rules of origin.

Consequently, the long-term outlook for FDI inflows into the ASEAN region remains very favorable across a wide range of manufacturing and service industries.

Editor’s note: The summary bullet points for this article were chosen by the Seeking Alpha editors.