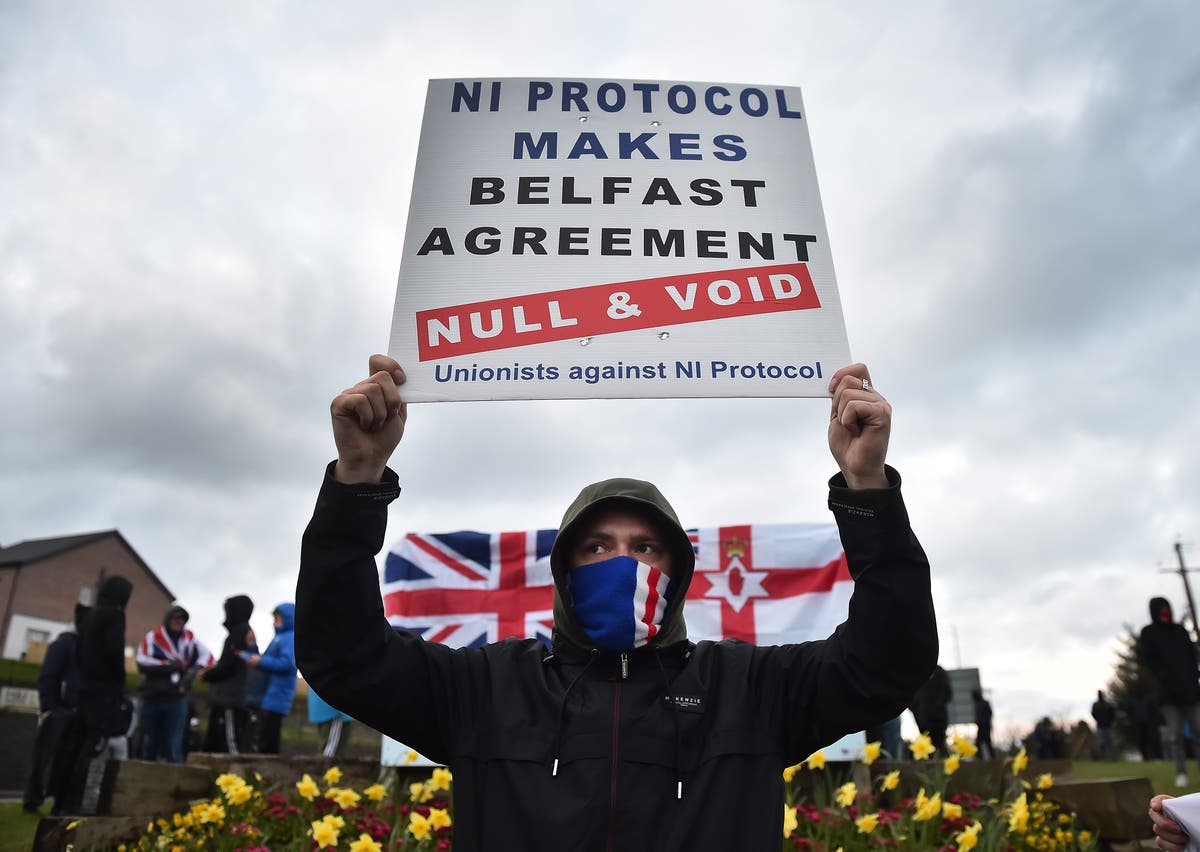 Are we headed for a Brexit trade war after the DUP mess?

youUnderstanding Northern Ireland politics is not easy. The bizarre maneuverings and internal machinations of the Democratic Unionist Party can make Conservative party conspiracies as tame as a Sunday school picnic.

The DUP staged a bizarre political play this week by announcing that the party’s agriculture minister, Edwin Poots, would end checks on goods from Britain to Northern Ireland.

Simultaneously, DUP Prime Minister Paul Givan resigned in protest at the UK government’s failure to end the legal checks agreed with the EU.

What is the DUP doing? To what extent did he spoil the Northern Ireland protocol agreements forged in the Brexit deal? Could the latest developments even trigger a trade war between the UK and the EU?

It’s hard to say exactly how London and Brussels will react in the coming days, given that we still don’t know how the DUP’s drastic decision will unfold.

But we know the party’s actions have upped the ante, as British Foreign Secretary Liz Truss and her European Commission counterpart Maros Sefcovic grapple with a potential compromise deal on the protocol, which would loosen the rules on controls.

Officials continued to carry out agri-food checks over the weekend amid legal uncertainty, while Mr Poots’ order to border officials to stop checks is being challenged in court.

It remains unclear whether checks will be halted next week – or whether the order will be stuck in legal limbo for many weeks to come. Trade bodies are advising businesses to continue as usual, for now.

Sinn Fein, not without reason, described the DUP’s actions as “stunts” aimed solely at improving the party’s chances in the upcoming elections in May. But the radical election campaign has intense and potentially catastrophic real consequences.

Republic of Ireland Foreign Secretary Simon Coveney said ending the controls required by the protocol would be a “breach of international law” and breach the terms of the Brexit deal.

Senior EU officials are keeping calm for now, but are not at all impressed that Ms Truss and other ministers are refusing to condemn the DUP or otherwise get involved, the British government claiming the disorder is an “executive matter” in Belfast. .

Mr Sefcovic said the UK government has a “responsibility” for the checks agreed in the protocol, and cannot blame failure to meet those obligations on the naughty kids who run the show in Northern Ireland.

But Ms Truss and Team UK will try to argue that the facts on the ground show exactly why the EU needs to cave in and loosen controls.

The EU is unlikely to see ending agri-food controls as tantamount to triggering Article 16 – the means by which Downing Street has threatened to suspend parts of the protocol – by default.

But ending controls would put considerable pressure on the UK to quickly agree to a deal with the EU. And in the absence of an agreed London-Brussels compromise, the DUP’s incendiary decision could ignite the fuse of the dispute, precipitating the breakdown of talks and pushing Boris Johnson’s government to trigger Article 16.

This takes us into trade war territory, in which the EU takes a series of retaliatory measures for the suspension of protocol agreements.

Brussels chiefs have previously been said to have a ‘nuclear’ option to end the Brexit Trade and Cooperation Agreement (TCA), forcing the UK to trade with the EU on the Organization’s terms world trade – essentially a “no deal” Brexit scenario.

But experts in Brussels think it’s more likely they would consider fighting back through a lesser-known part of the TCA: Section 506. Measures could range from stopping fishing in the waters from the EU to tariffs on UK fish entering the EU and then move on to tariffs. on other goods.

Alternatively, the two sides could see the meaning and strike a deal that would alleviate much of the bureaucracy on agri-food products through an agreed list of certain products that would still require tighter controls.

Sam Lowe, trade expert at the Center for European Reform, said there is another scenario in which the whole rotten mess rumbles on and on – one in which the UK “continues to engage in non- low-level compliance” as “negotiations begin”. , stall and start again”.

What about Mr. Johnson? What does he want to do now? It’s hard to say whether the embattled prime minister, struggling to stave off a Tory rebellion against Partygate, has given the issue much thought in recent days.

Sir Jeffrey Donaldson, the leader of the DUP (yes there is actually someone in charge), claimed Mr Johnson had told him privately there was only a ’20-30 per cent chance’ to negotiate a new memorandum of understanding with the EU in the next few weeks.

Do whatever you want with it. Mr Johnson makes a lot of promises that mean very little. So hopefully there are still enough adults left to fix the problem. For a while, at least.

Can Nifty make a comeback soon? Check out the main market indices ahead of Monday’s opening bell