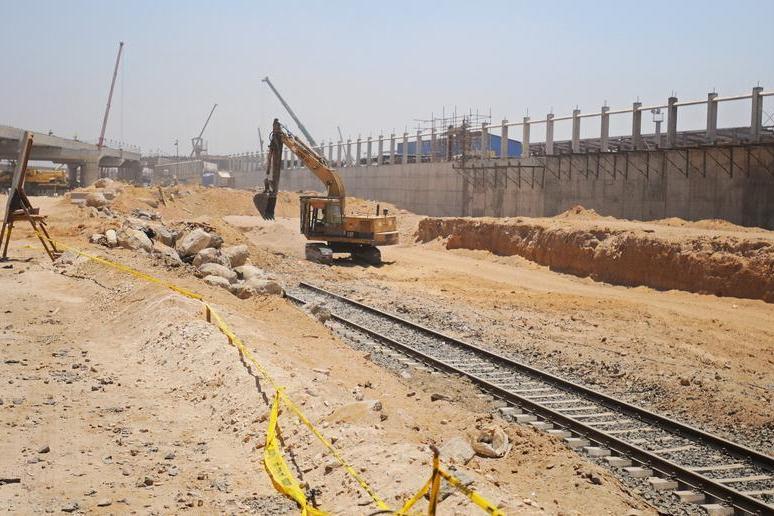 Al-Sissi continues cooperation between Ministry of Transport and German Railways

President Abdel-Fattah Al-Sisi met with Prime Minister Mostafa Madbouly and Transport Minister Kamel El-Wazir to follow up on Transport Ministry projects and activities across the republic.

El-Wazir reviewed the ongoing development process of the country’s port system, particularly with regard to the executive position of the major port of Alexandria, which includes the port of Dekheila, the medium port of Al-Max , in addition to the main port of Alexandria.

In this context, the President directed the optimal use of all the spaces of the port for the benefit of its facilities, and the study of the use of international expertise in management and operation in order to develop the performance and to maximize returns for the benefit of the whole development process in Egypt.

The Minister also reviewed the process of completion and development of the port of Ain Sokhna and the establishment of its logistics zones and construction sites.

In addition, he discussed the executive position of the new Nile axes being constructed, especially the Aswan, Dayrut and Tama reservoir axes.

In this regard, the President underlined the respect of the deadlines for the rapid completion of the establishment of these main roads, since they connect the two banks of the Nile and will facilitate the movement of the residents of the country and internal trade. .

Al-Sisi was also briefed on the executive position of the new means of transport that have been added to the mass public transport system, in particular the light rail transit (LRT), the monorail and the express electric train, as well as the construction of stations. , air bridges and taxiways.