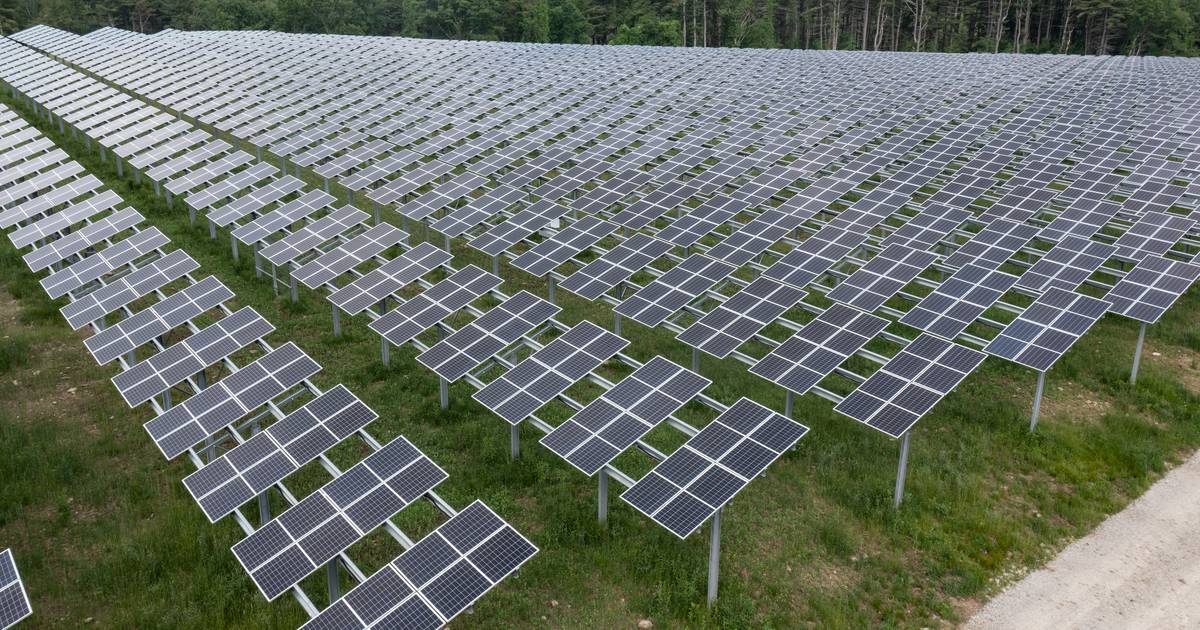 a series of ‘tough political compromises’ – The Irish Times

After weeks of torturous negotiations, the government agreed on sectoral limits aimed at reducing carbon emissions by 51% by 2030.

Ministers have been warned that the plan will “require very difficult political compromises”, but will protect against the costs of inaction – demand shocks, supply shocks and inflation, as well as floods, biodiversity loss and damage to water and human health. However, there will be “particular challenges for rural communities”.

But how does the agreement work – or not?

Anything farmers do to try to meet the 25% reduction target will be done on a voluntary basis. This was a particularly important point as the greatest risk of walking backbenchers from Fine Gael or Fianna Fáil was on the basis of the mandatory cuts. But that means trade-offs and the shortcomings have to be made up elsewhere.

The 25% reduction in agriculture means greater demand for reduced electricity production – in particular, there will now be a target for an additional 2,000 MW of offshore wind, which will be used to generate electricity. green hydrogen to supply electricity. This is one of many technology dependent aspects that will mature by the end of the decade.

The heat sector will now have to use renewable heat technologies, probably renewable gas produced in anaerobic digesters on farms. There will be payments for farmers, as part of the movement to encourage them to change the nature of their land use. There will be a range of sweeteners designed to fundamentally change agriculture.

Solar power is another, with an additional 3 GW now targeted by the end of the decade, more than doubling. Again, this will be on farms in many cases, so expect further incentives.

A third is more trees. Again, there will be benefits for farmers to plant up to one hectare of native timber. There will be measures in the September budget.

If there is a fudge, this is it – although the government says it was always intended. Unspecified “unallocated savings” will be spread across the economy over the second carbon budget period, 2026-2030 – some 5.25 megatonnes of emissions reductions per year, or up to 26 megatonnes over the period. This effectively assumes that there will be gains available that aren’t noticeable now, and that’s key to hitting the overall 51% target.

The plan envisages “additional reduction measures” and new technologies needed at this stage.

We’re deep in lingo now, but it seems to have been a bit of a curveball. It stands for land use, land use change and forestry and covers emissions from forests, crops, grasslands, wetlands and human settlements, as well as other types of land. It is a net carbon emitter. Emissions are expected to rise from five megatonnes in 2018 to seven in 2030 – but last month the Environmental Protection Agency released its latest emissions projections and they rose to 11 megatonnes. The government is now postponing the finalization of the cap for this sector for 18 months to study the implications and for a land use analysis to be completed.

Government sources say there are a huge amount of unknowns here, and one added it could be “extremely difficult and the sleeping giant of climate targets”.