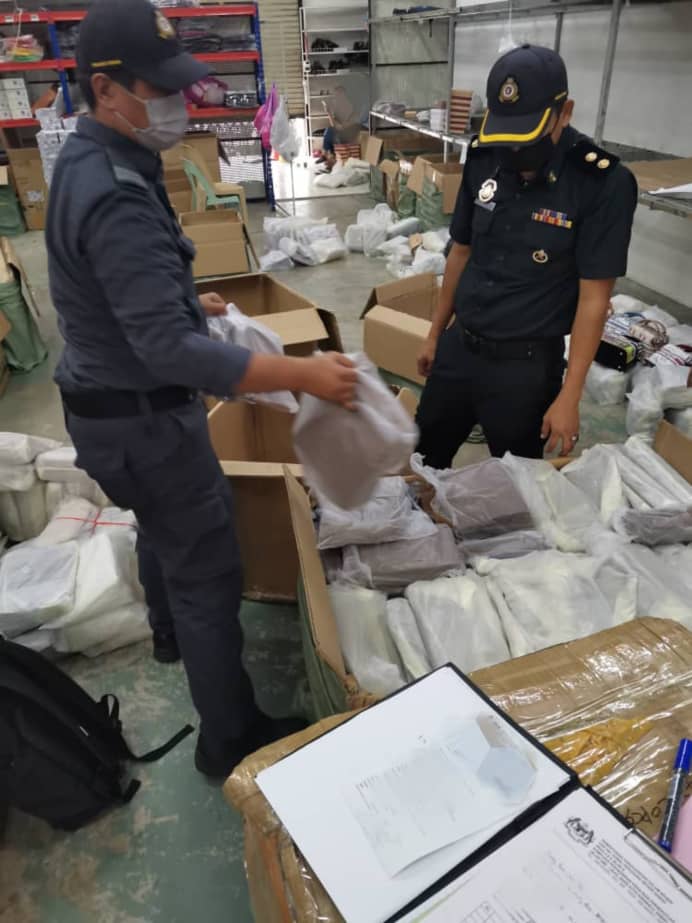 Among the trademark counterfeits seized by the Ministry of Internal Trade and Consumer Affairs.

Its Sabah manager, Georgie Abas, said the seizures were made in raids on March 8 and 9.

Among the confiscated items were women’s handbags, duffel bags, belts, wallets, slippers, shoes, hats and bracelets under the Louis Vuitton and Chanel brands, which were believed to be counterfeits of a value of RM10,573.30.

“The raids were carried out after we received information from Global Trade Shield Consultancy Sdn Bhd, which is a representative of the registered trademark owners for the Louis Vuitton and Chanel brands.

“The three premises which were raided were suspected of having committed an offense under the Trade Marks Act 2019,” it said in a statement on Thursday.

Georgie said the three premises would be investigated under section 102(1)(c) of the Trade Marks Act 2019 for importing or selling goods bearing false marks.

Georgie reminded traders not to keep or sell counterfeit items as action will be taken under the law.

He also urged consumers not to buy counterfeit items and report any suspicious items to the ministry.